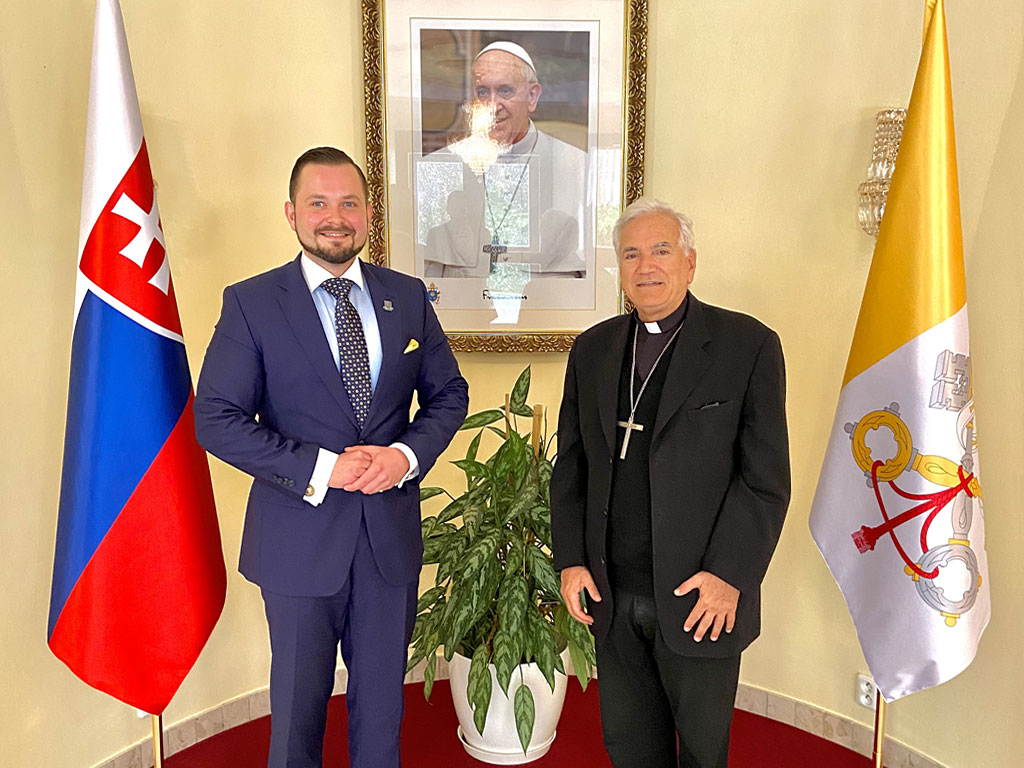 On Thursday, October 6, NAPS founder Peter Solej was received by Archbishop Nicola Girasoli, Apostolic Nuncio to Slovakia and doyen of the diplomatic corps accredited in the Slovak Republic.

During the conversation lasting more than an hour, Peter Solej informed the Papal Ambassador in our country about the current and planned activities of the Slovak Institute. „I greatly appreciate that the NAPS Institute has the honor of cooperating with the good offices of the Apostolic Nunciature in Bratislava since its establishment, when Archbishop Nowacki was the Papal Nuncio in Slovakia,“ said the NAPS director at the beginning of the meeting.

Both actors of the interview touched on a number of current topics in a cordial atmosphere.