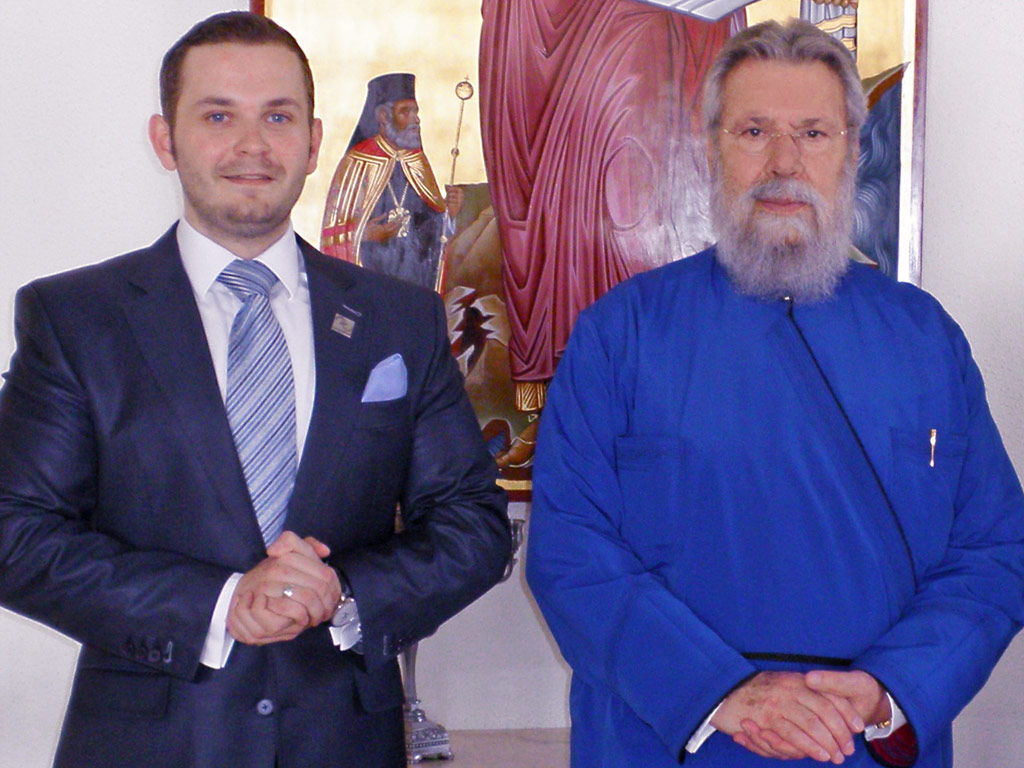 On the occasion of the death of His Beatitude Chrysostomos II, Archbishop of New Justiniana and all the Cyprus, the founder and director of the NAPS Institute, Peter Solej, sent a letter of condolence to His Eminence Metropolitan Georgios of Paphos, temporary administrator of the throne of the Primate of the Orthodox Church of Cyprus.

In it, the founder of the Slovak institute expresses deep and sincere condolences on behalf of the members and collaborators of the non-profit organization. „The memory of a kind and educated person, whom I had the honor to repeatedly visit at the headquarters of the Cyprus Orthodox Church in Nicosia and talk about mutual possibilities of cooperation in the international ecumenical activities of the NAPS Institute, lives forever in my heart and will never disappear from it. Our common ecumenical endeavouring was especially evident in 2012 during the Cypriot Presidency of the Council of the European Union.,“ states Peter Solej in the letter.