„We are proud to join you in this festival of Sacral Music which we regard as a call for sanity in our troubled world. … This concert is like a candle lighting the darkness in a troubled world, providing a moment of beauty, a moment of peace and serenity, reminding the followers of all faiths that our God is one!,“ said at the beginning of the concert His Excellency prof. Kamel S. Abu Jaber, director of the Royal Institute for Inter-Faith Studies in Amman, Former Minister of Foreign Affairs of the Hashemite Kingdom of Jordan, personal legate of His Royal Highness Prince El Hassan bin Talal. 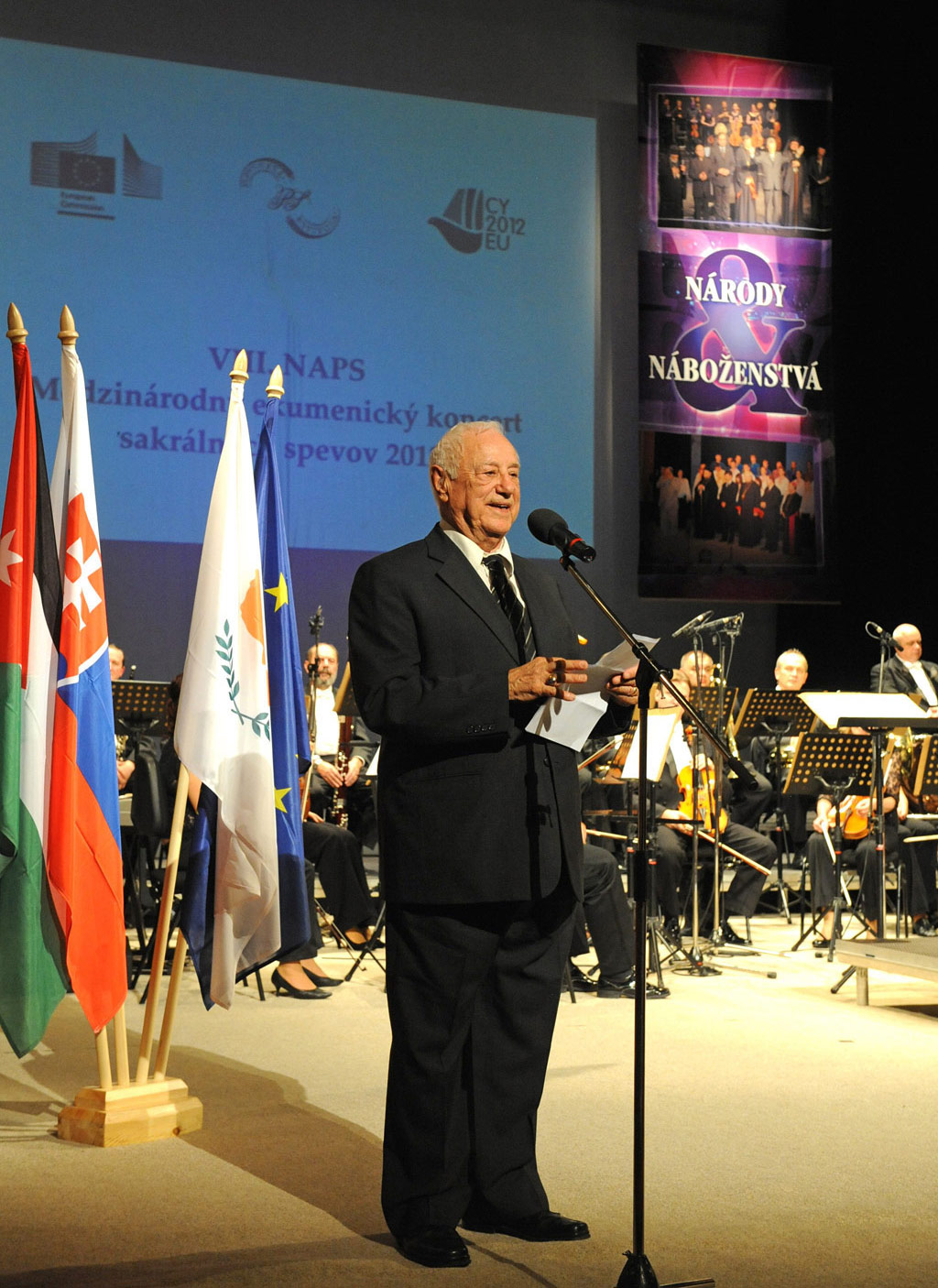 The eight year of the concert aimed by means of art to bring people together, to deepen dialogue and tolerance among nations and followers of different religious traditions has been organized by NAPS in cooperation with the Embassy of the Republic of Cyprus to Slovakia, the country holding the Presidency of the Council of the European Union, and for the fifth time with the Representation of the European Commission in Slovakia.

„I am sure, that if we search the depth of our souls we will discover, to our surprise that, at some point in our lives, we all dreamed of creating something beautiful, which went beyond the narrow confines of ourselves, where the “I” became “Us“, said the Ambassador of the Republic of Cyprus to Slovakia H. E. Mr. Marios Kountourides. 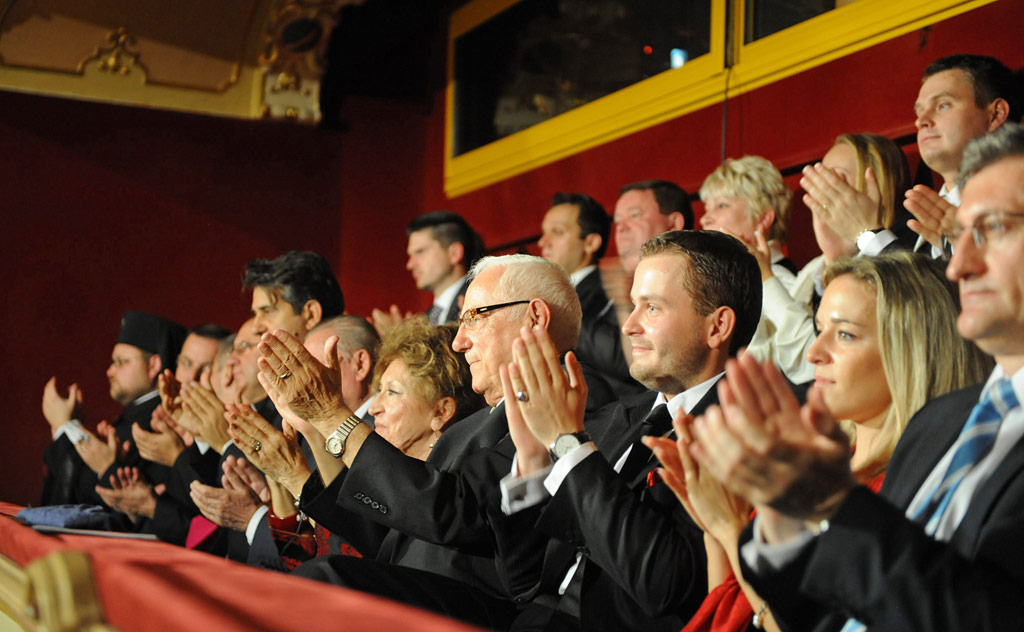 The event was held under the moral patronage of:

His Excellency The Reverend Mr. Miloš Klátik,
General Bishop of the Evangelical Church of Augsburg Confession
and President of the Ecumenical Council in the Slovak Republic,

The Very Reverend Mr. László Fazekas,
Bishop of the Reformed Christian Church in Slovakia,
and Vice-President of the Ecumenical Council in the Slovak Republic,

His Eminence The Most Reverend George,
Orthodox Archbishop of Michalovce and Košice,
Member of the Joint International Commission for Theological Dialogue between Roman Catholic Church and Orthodox Church,

The Esteemed prof. Pavel Traubner,
Honorary Chairman of the Central Unionof the Jewish Communities in Slovakia. 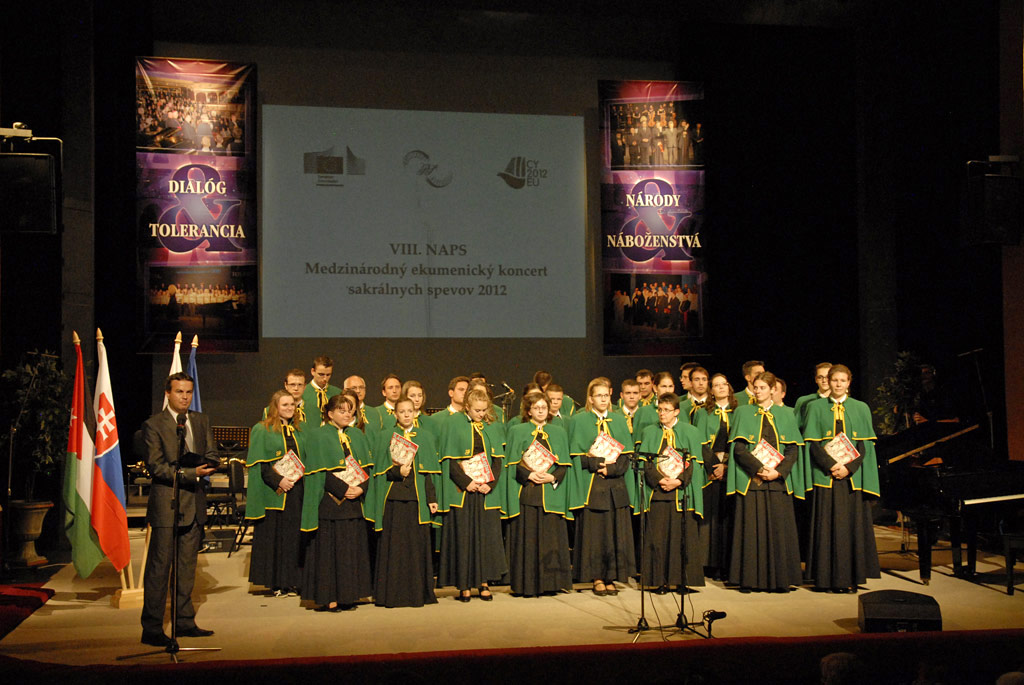 The cultural part of the program included artists and ensembles from Slovakia, Czech Republic, Hungary, Russia and Jordan, whose performances sparked great interest and appreciation of strong applause.

The founder of NAPS Peter Solej handed over the NAPS’ Letter of Thanks to the legate of Prince pf Jordan, H.E. prof. Kamel S. Abu Jaber. 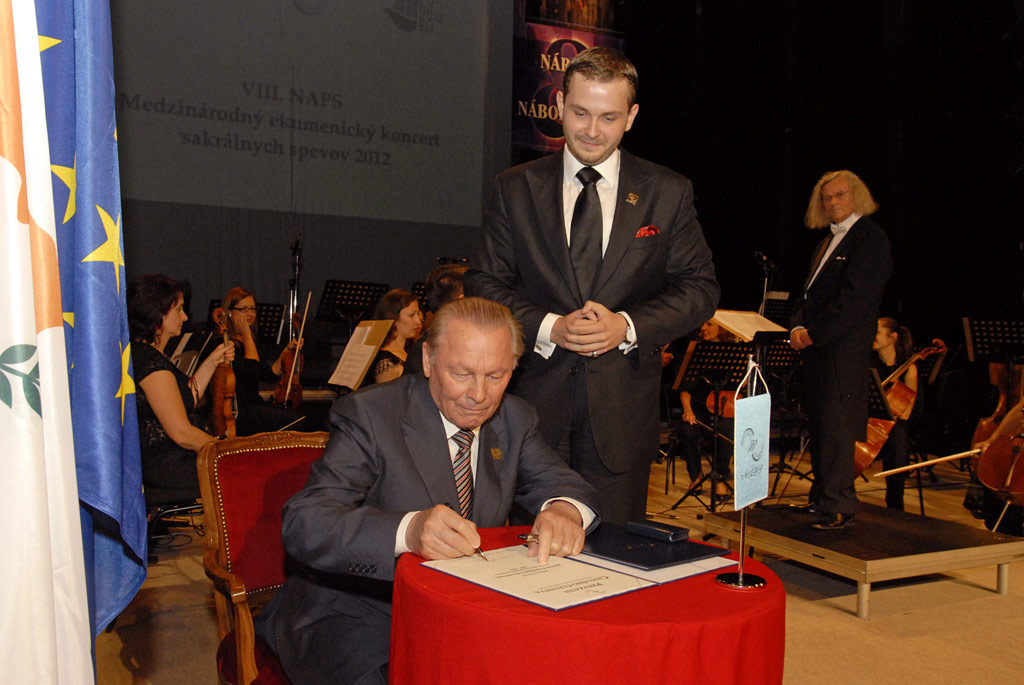 Before the climax of the ecumenical gathering – the joint blessing of hierarchs of five largest Christian Churches and the prayer of the Rabbi of the Jewish Religious Community, President Rudolf Schuster has received the Honorary Membership of NAPS Institute.

The event was closed by a unique duet of the solo singer of the Opera of the State Theatre in Košice, Mr. Jaroslav Dvorský and the Jordan singer Rose Alwerr accompanied by the chamber orchestra of Musica Cassovia performing the Ave Maria prayer. 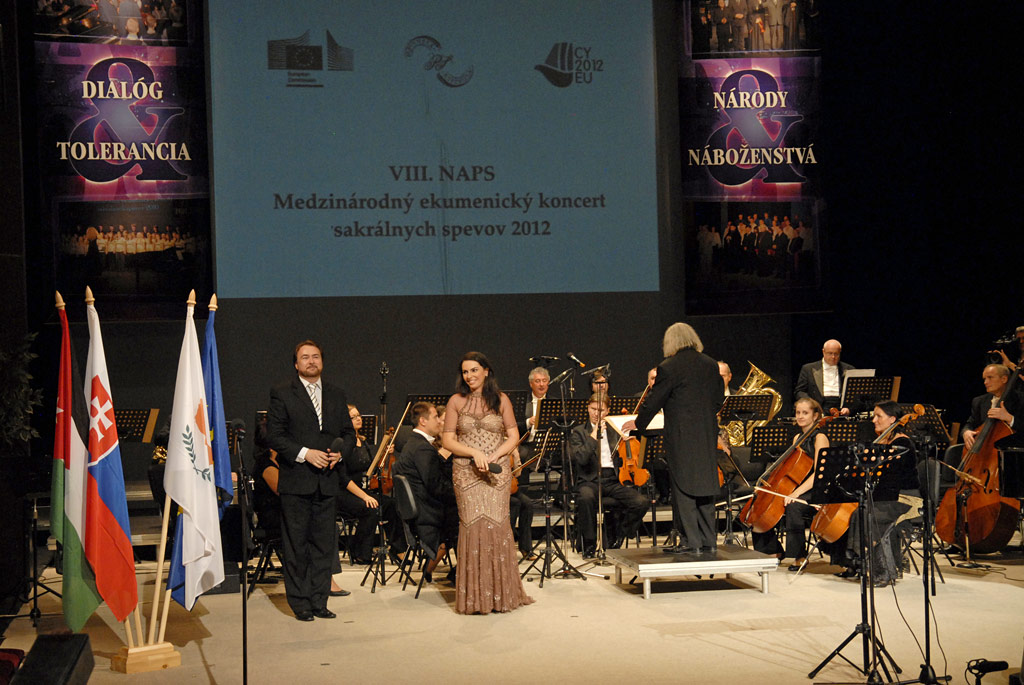 The funds raised from the voluntary entrance fee shall be used to buy food for Syrian families in need hit by the crisis. Also this year, the event has been attended by many personalities from Church, diplomatic and academic life. 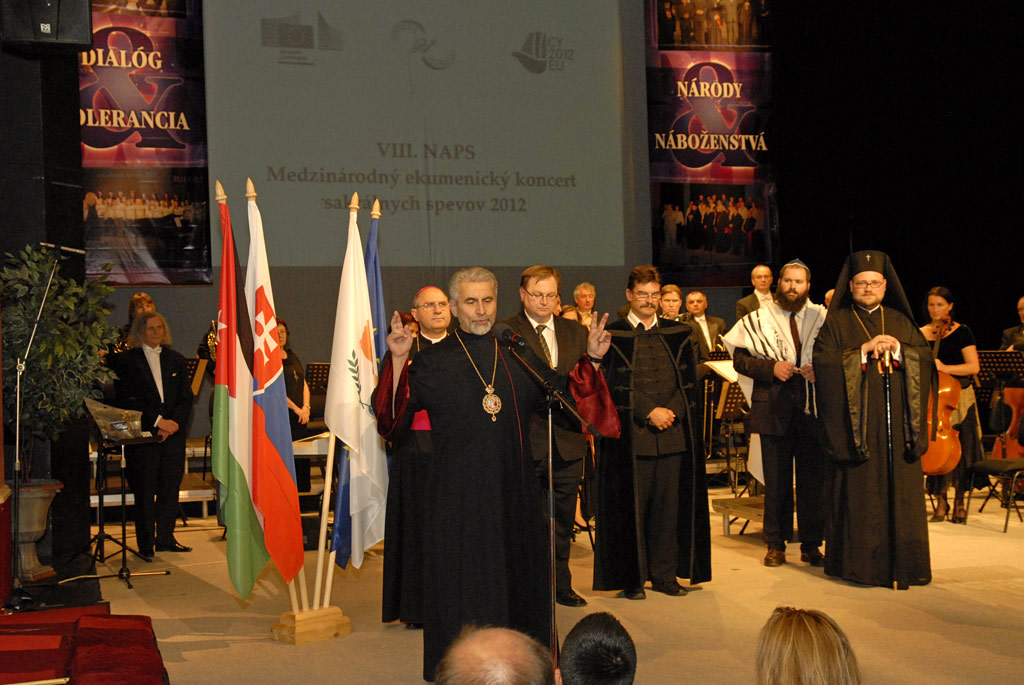