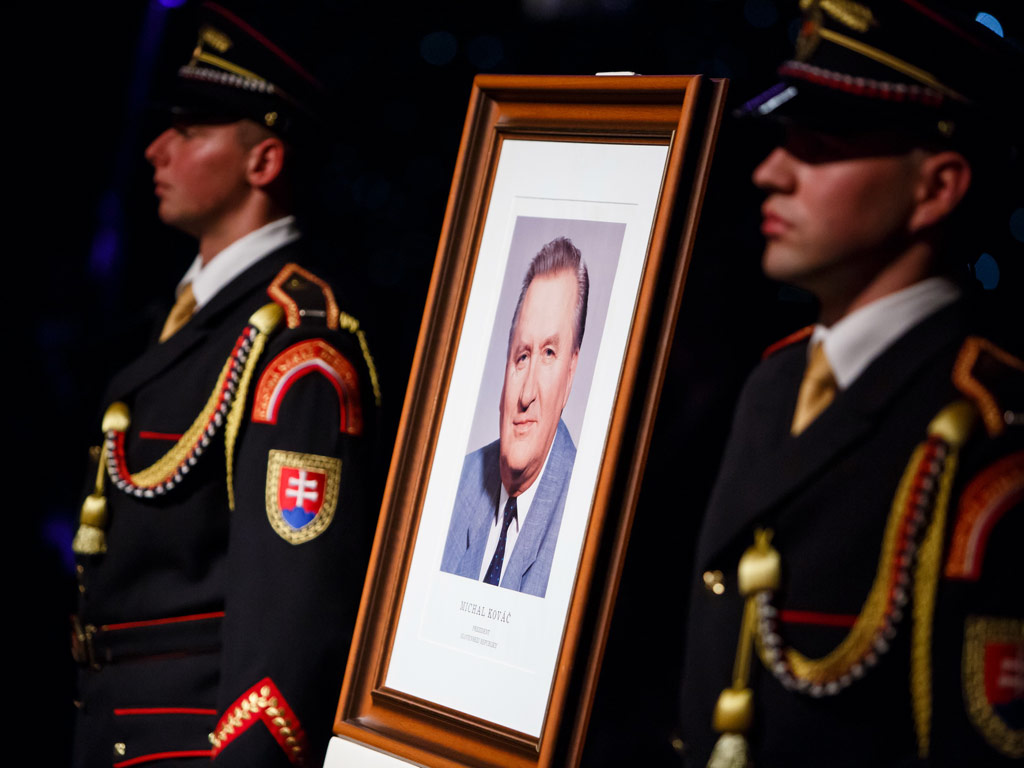 For the past 15 years, the NAPS Institute has created a tradition of inviting in September to an event we organize regularly each year – the NAPS International Ecumenical Concert – which idea is to connect people and to deepen dialogue and tolerance among the nations and religions. Unfortunately, the current pandemic situation in the world makes it impossible for us to be able to implement this cultural ecumenical initiative this autumn as well.

NAPS Institute really appreciates that the Slovak Radio and Television has decided to help spread the idea of the NAPS ecumenical concert also this year, specifically by broadcasting a rerun of the 13 th annual of the event on the occasion of this year’s late 90 th birthday of the first President of modern Slovak Republic, HE Mr. Michal Kováč, Honorary member of the NAPS Institute.

XIII. NAPS International Ecumenical Concert took place in October 2017 in the new building of the Slovak National Theatre in Bratislava and was dedicated to the memory of President Kováč. The closest collaborator of Pope Francis in the field of ecumenism, Cardinal Kurt Koch and the personal legate of the Ecumenical Patriarch Bartholomew I of Constantinople, the Austrian Metropolitan Arsenios, also honored this event with personal participation. Thanks to RTVS, we will be able to remember the atmosphere of this evening on November 1, 2020 on the “Dvojka” channel.