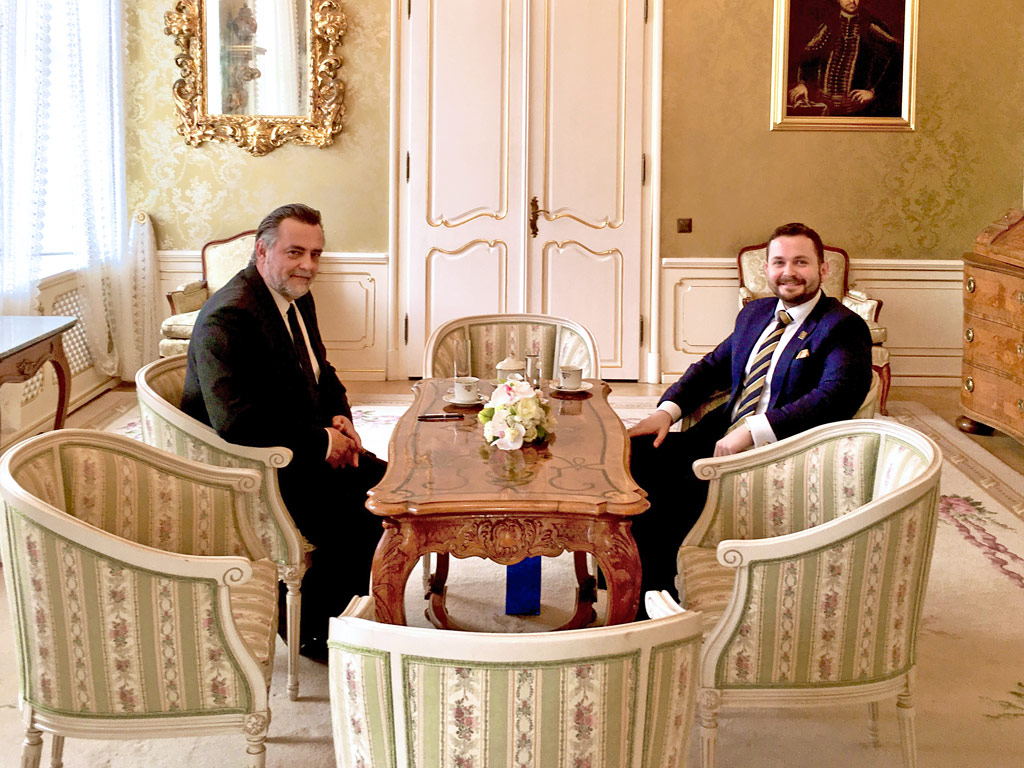 On Tuesday, September 22, 2020, the Founder of the NAPS Institute, Peter Solej, was received by the Head of the Office of the President of the Slovak Republic, Mr. Štefan Rozkopál.

During the meeting, which took place in the premises of the Presidential Palace in Bratislava, Solej informed the Chancellor about the results of the international activities that NAPS has carried out since its establishment fifteen years ago. Both participants in the meeting also touched on several current social issues during the conversation on the future plans of the institute.