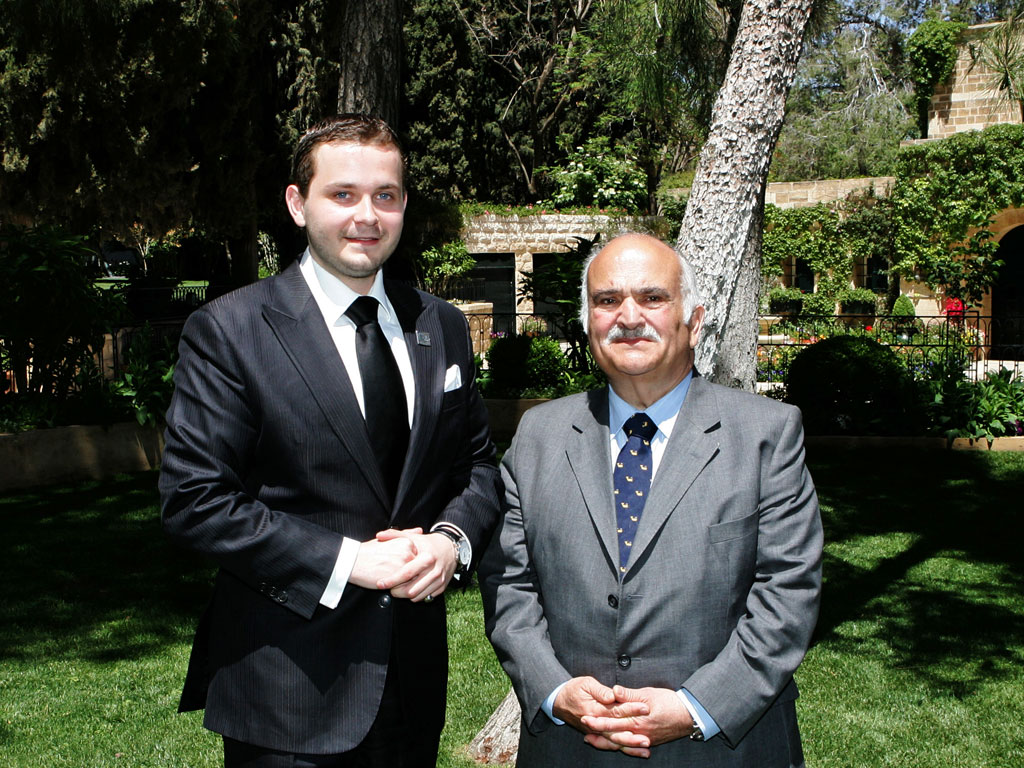 Prince El Hassan bin Talal of Jordan, the uncle of the reigning King and longtime Crown Prince of the Hashemite Kingdom of Jordan, is celebrating his life´s jubilee.

On this occasion, NAPS Founder Peter Solej sent congratulations to His Royal Highness on behalf of members and associates of the NAPS Institute. In the letter, Solej also thanked for the opportunity to meet His Royal Highness in person at his palace in Amman in April 2012, as well as for the fact that the Jordanian Prince personally supported the international ecumenical activities of the NAPS Institute.

In 2012, Prince El Hassan bin Talal appointed former Minister of Foreign Affairs of Jordan, His Excellency of the Blessed Memory prof. Kamel Abu Jaber to be his personal legate at NAPS International Ecumenical Concert in Slovakia.