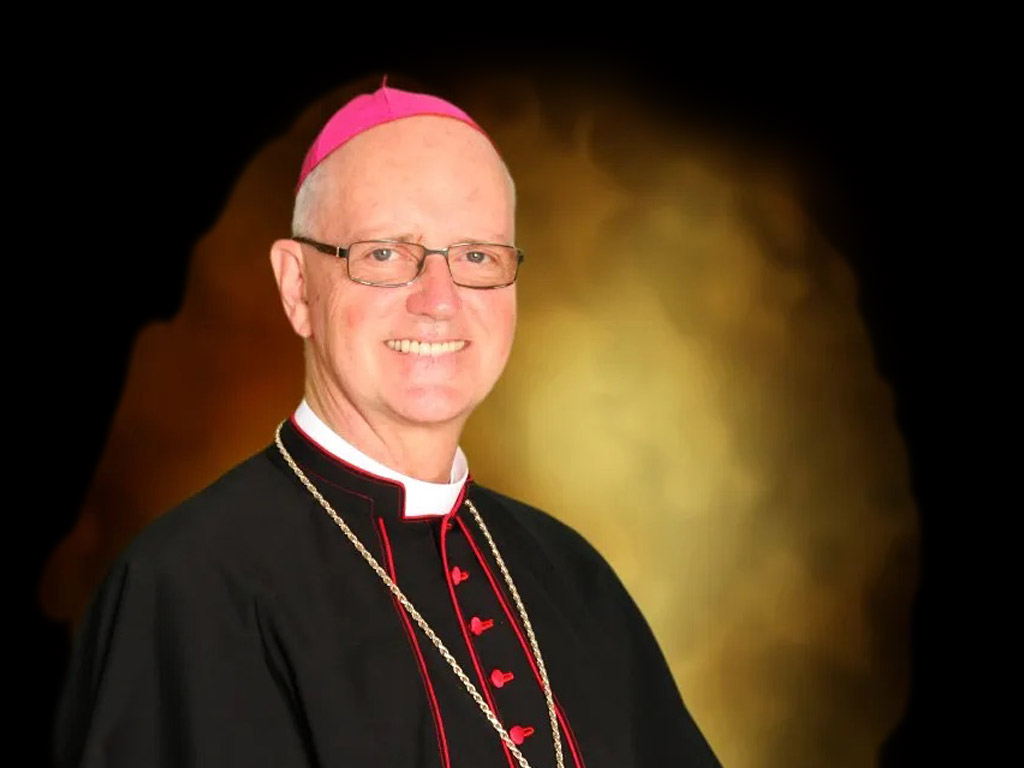 Archbishop Eugene Martin Nugent, Apostolic Nuncio to Kuwait, Bahrain and Qatar responded to a letter from the founder of the NAPS Institute, in which Solej has thanked to His Excellency for the recent reception of a member of the NAPS Council at the Apostolic Nunciature in Kuwait during his private pilgrimage to the shrines of Kuwait.

In his letter, Archbishop Nugent also mentions the ecumenical prayer of Pope Francis during his November visit to the Kingdom of Bahrain.

„Knowing that your institute is promoting better ecumenical perception and encourages inter-religious dialogue and mutual respect, I pray that the Lord Jesus Christ will continue to bless you and the members of your institute with His divine graces and may you become the instruments of His peace,“ he states in the letter ambassador of the Pope. 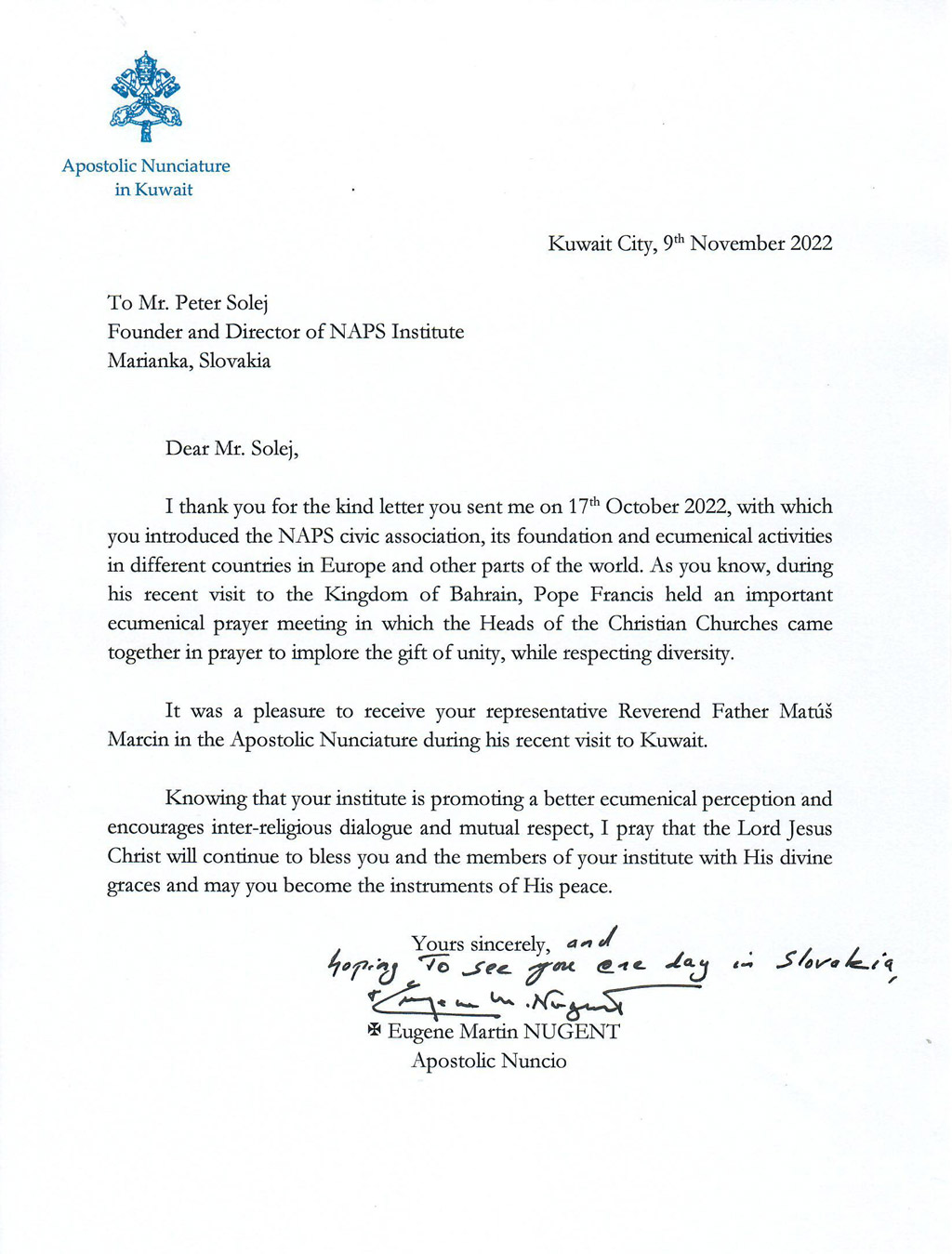