NAPS officials honored the memory of the President Michal Kováč, honorary member of the NAPS Institute 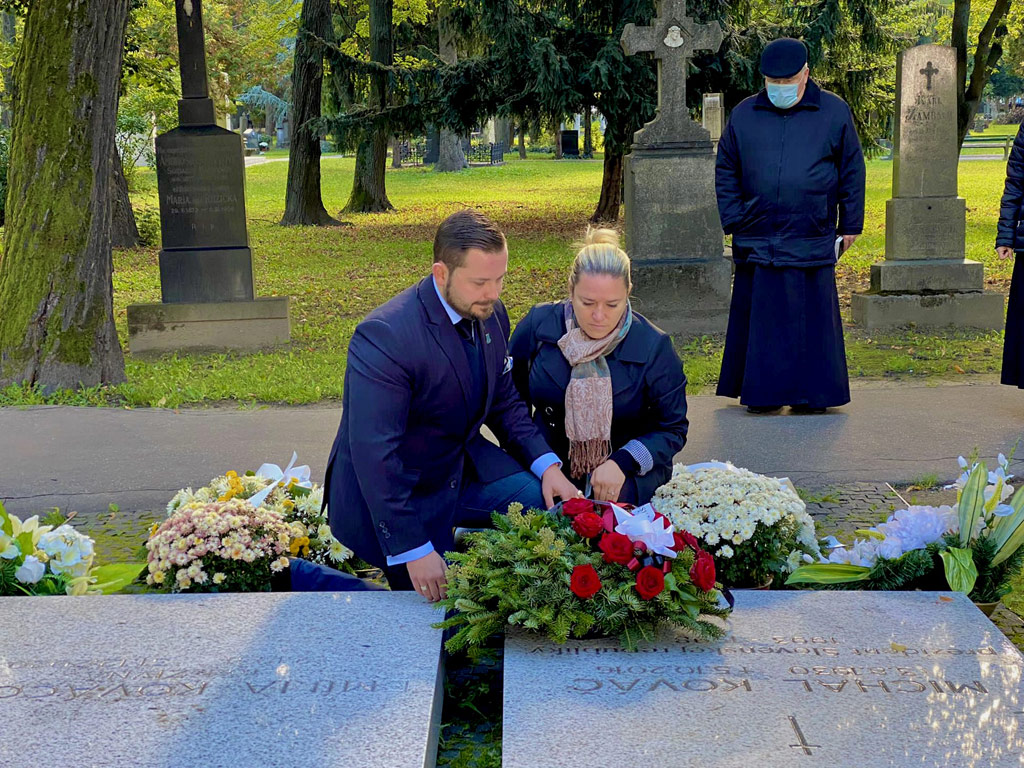 Members of the NAPS Council, Mr. Peter and Mrs. Lenka Solej, visited the Ondrej Cemetery in Bratislava on Wednesday, October 13, 2021, to honor the memory of the first President of the modern Slovak Republic and honorary member of the NAPS Institute, His Excellency Mr. Michal Kováč and his recently deceased wife, Professor Emília Kováč. 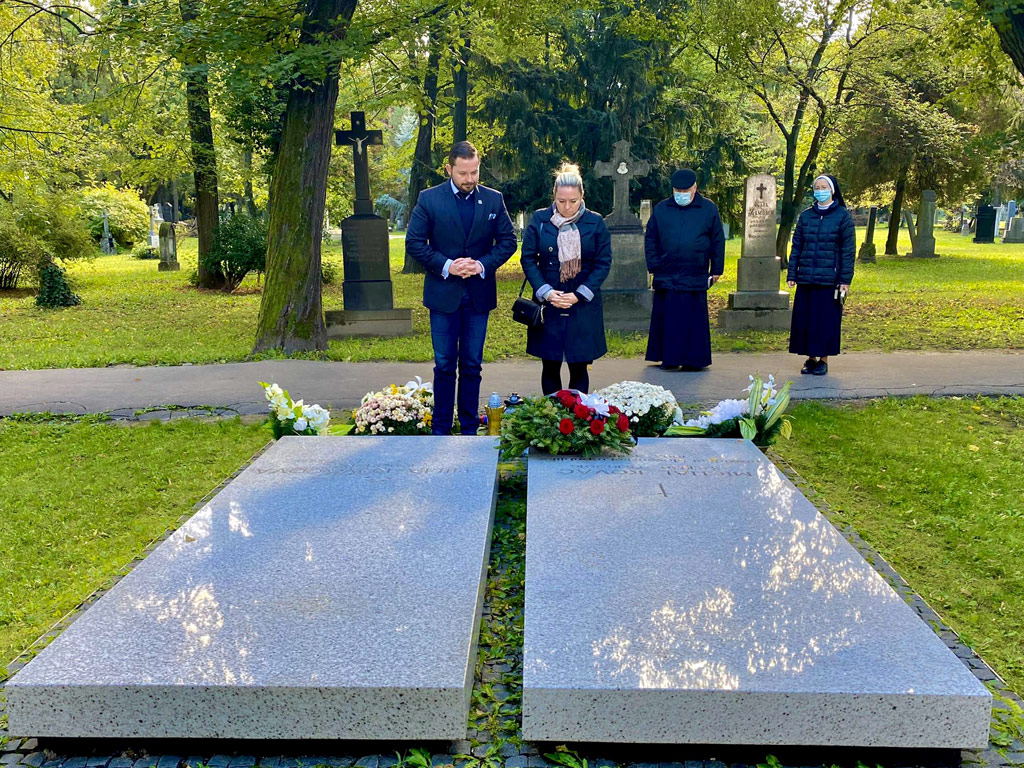 After laying a wreath with the message “We remember with thanks, NAPS Institute,” a “Panychida” took place – a prayer for the deceased, presided over by the Vicar General of the Bratislava Greek Catholic Diocese, the Very Reverend Fr. Vladimír Skyba.

A long-term advisor to President Kováč, a diplomat and civic activist, Mr. Pavol Demeš, also took part in the remembrance of the deceased first head of state.

Michal Kováč was born on August 3, 1930 in the eastern Slovak village of Ľubiša. In 1993 he was elected by members of the National Council of the Slovak Republic as historically the first president of the modern Slovak Republic. He received honorary membership of the NAPS Institute in April 2005, during first year since the founding of the non-profit organization. President Kováč supported several of the institute’s activities by his personal participation and patronage. On 13 October 2021, five years have passed since the president’s funeral.