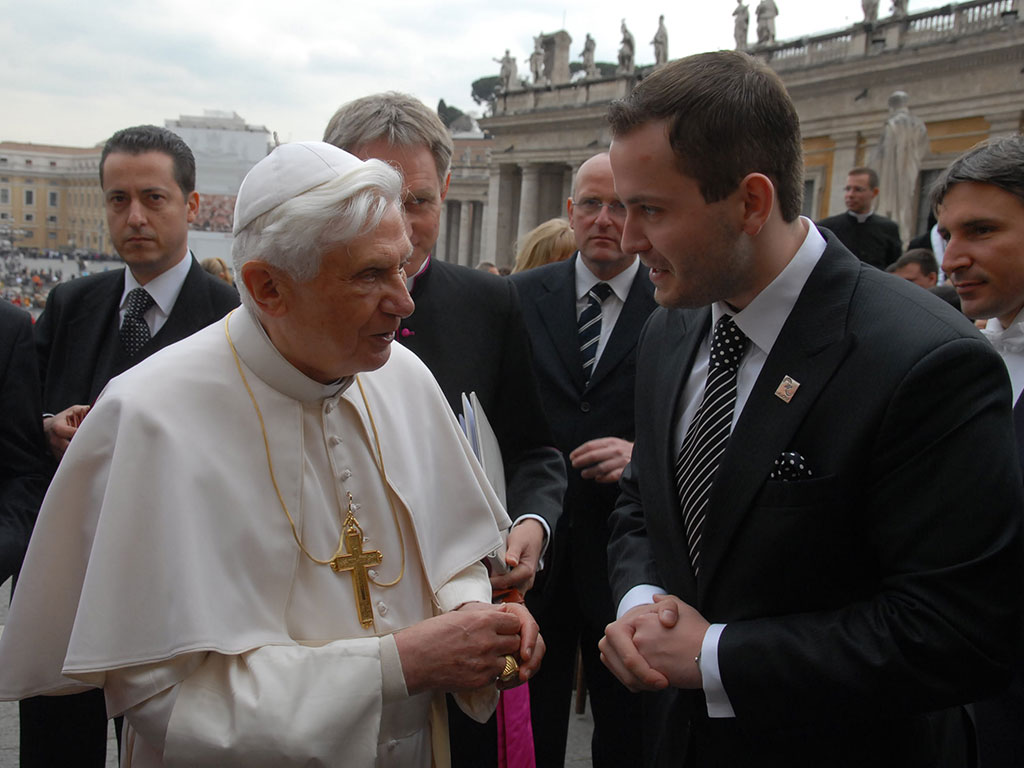 On the occasion of the death of His Holiness Pope Emeritus Benedict XVI. the founder and director of the NAPS Institute Peter Solej expressed his deep and sincere condolences to the representatives of the Holy See on behalf of the members, collaborators and supporters of the NAPS Institute. 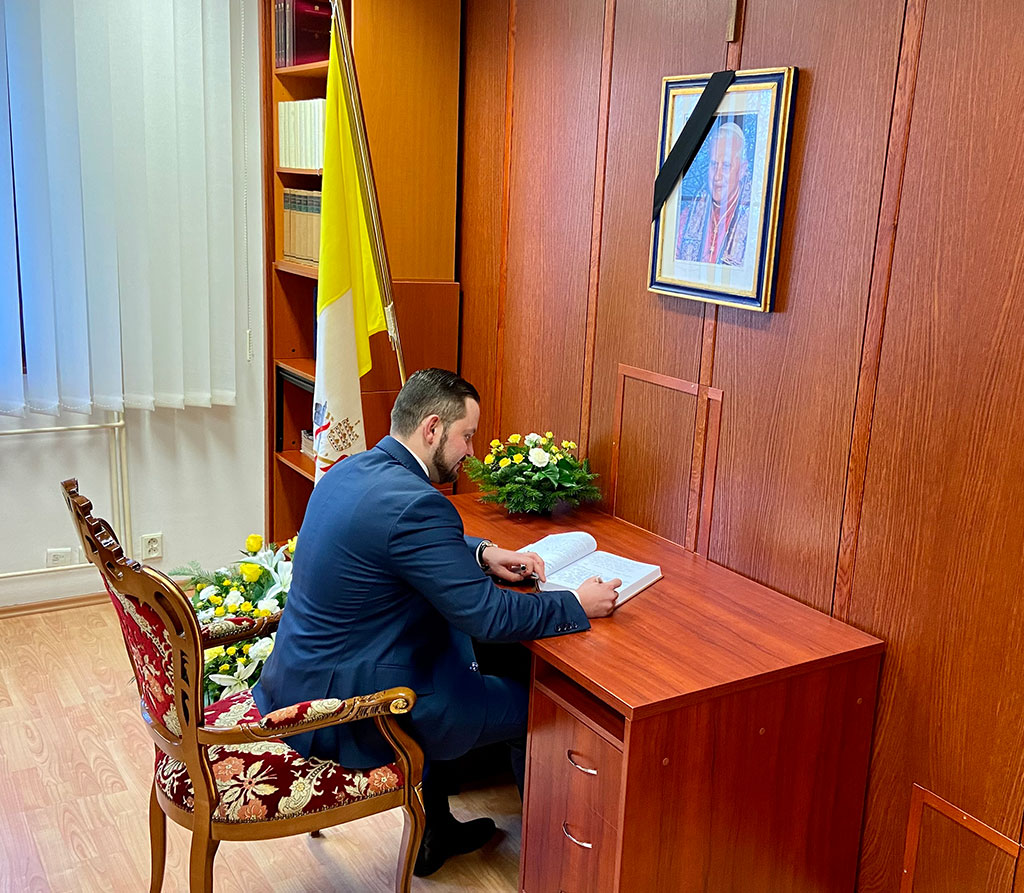 The founder of the Slovak Institute sent a letter of condolence to the late Pope’s personal secretary, Archbishop Georg Gaenswein, and wrote his words of condolence also to the condolence book, which was displayed at the premises of the Apostolic Nunciature in Bratislava. 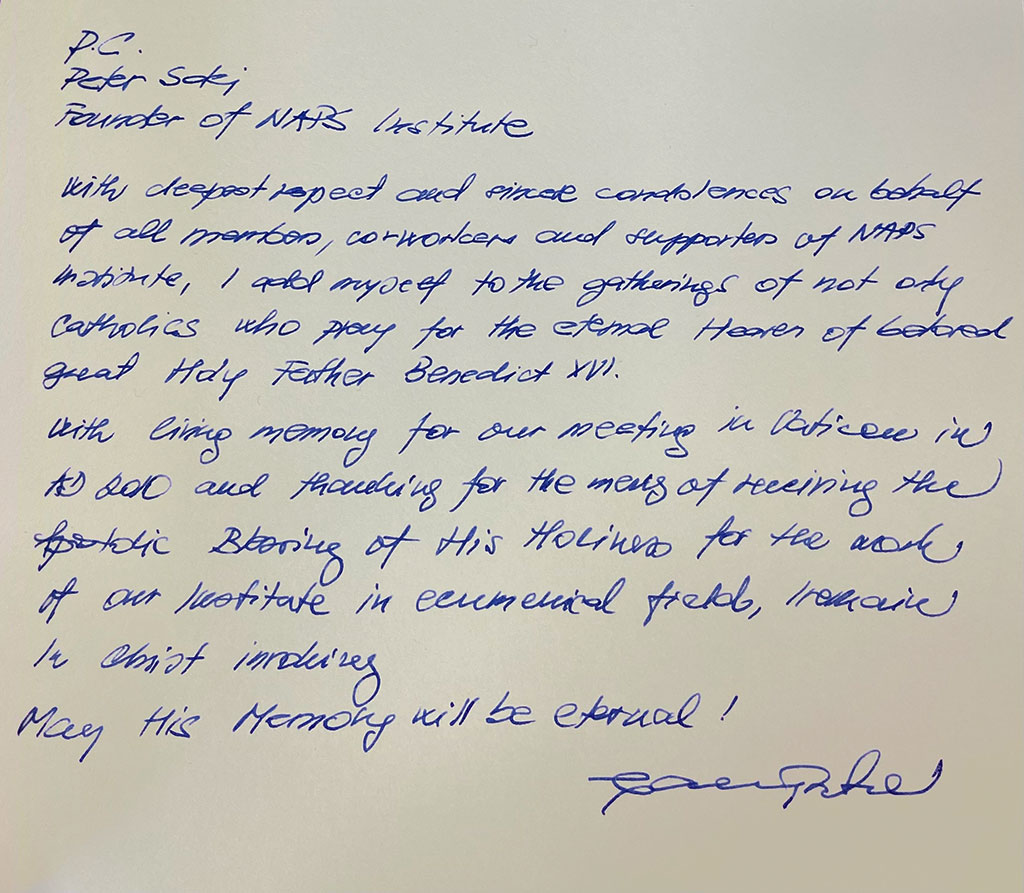 In 2009, Pope Benedict XVI sent his personal telegram to the participants of the fifth annual of NAPS International Ecumenical Concert, which took place in the State Theater in Košice. A year later, in April 2010, Pope Benedict XVI received Peter Solej in the Vatican. During the meeting at the St. Peter´s Square, the Pontiff paid special attention to the ecumenical activities of the NAPS Institute and gave them his Apostolic Blessing.