At the end of 2018, when the NAPS Institute entered the 15th year of its international noncommercial activities, the NAPS Assembly elected NAPS patrons, starting with their election from the results of 14 years of civic association work.

Patrons of the NAPS are Christian saints, especially recognized in the Catholic Church of the both traditions. A link of heroic people, many of whom have lived since the beginning of our era, also recalls the individual attributes of the Institute’s Coat of Arms.

Patrons of the NAPS Institute are:

Our Lady, the Mother of Jesus Christ
(blue in coat of arms and three lilies)

St. Apostle Peter, the first of the disciples of Jesus Christ
(key)

St. Apostle Andrew, the founder of the ecclesiastical community in Constantinople and native brother of St. Apostle Peter
(cross-shaped X)

St. Cyril and Methodius, the Slavic Awakeners and Co-Patrons of Europe
(double cross)

St. Maximilian Maria Kolbe, Polish Franciscan Monk, and the founder of the Immaculate Knighthood, who offered his life at the concentration camp Auschwitz-Birkenau as a replacement for the life of another prisoner – the father of the family
(one of three lilies)

St. Charbel Makhlouf, a Maronite monk and a miracle maker from Lebanon
(one of three lilies)

St. John XXIII., Catholic Pope, propagator of the interreligious dialogue
(lilies referring to the elements of the papal coat of arms of Angelo Giuseppe Roncalli)

St. Paul VI, Catholic Pope, propagator of the interreligious dialogue
(three lilies referring to the elements of the papal coat of arms of Giovanni Battista Montini)

St. John Paul II, Catholic Pope, who brought the church to the third millennium
(a key and a blue-yellow display of a coat of arms referring to the colors of the pope’s coat of Karol Wojtyla) 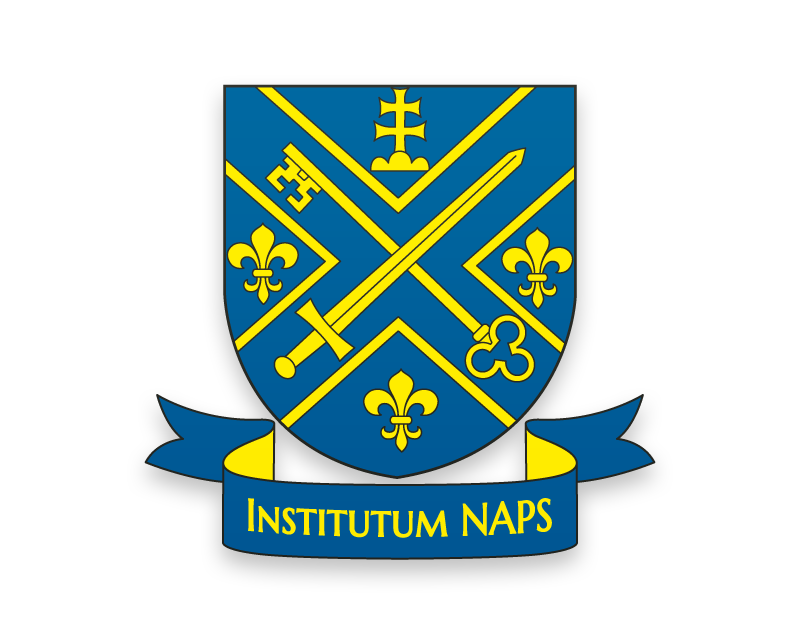