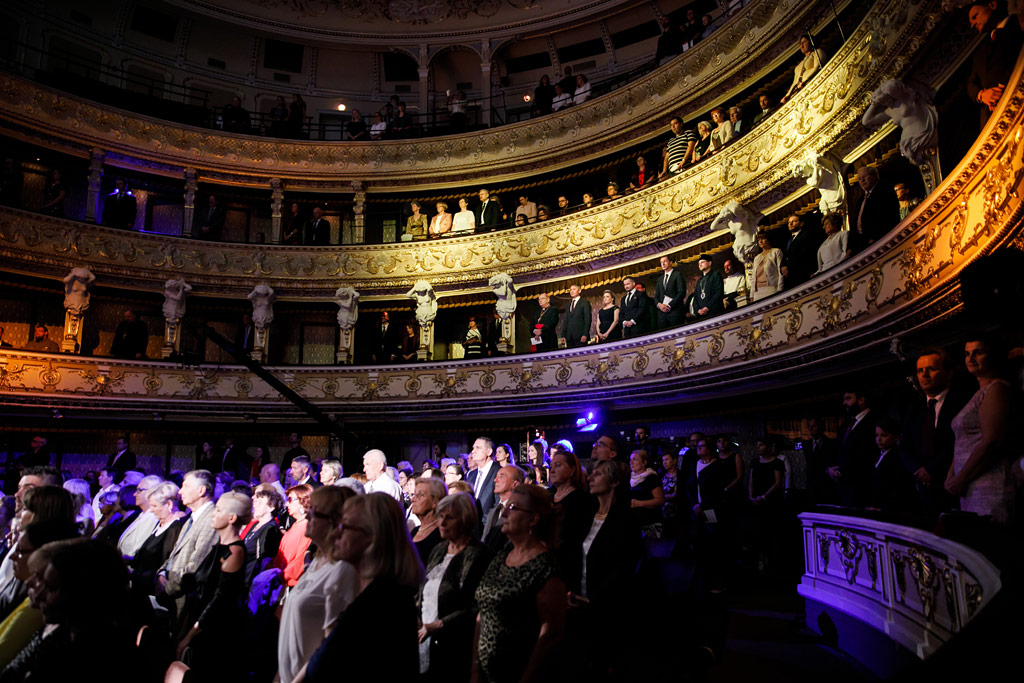 The introduction of the event, by which the audience symbolically celebrated 25 years of the modern Slovak Republic, was a tribute the state anthem of the Slovak Republic. 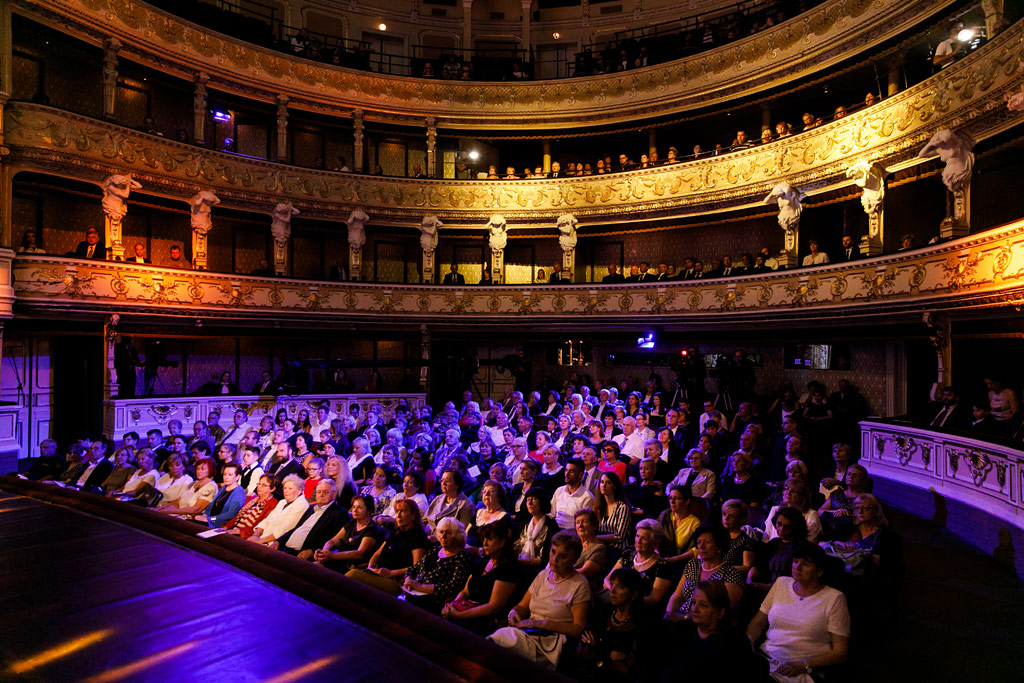 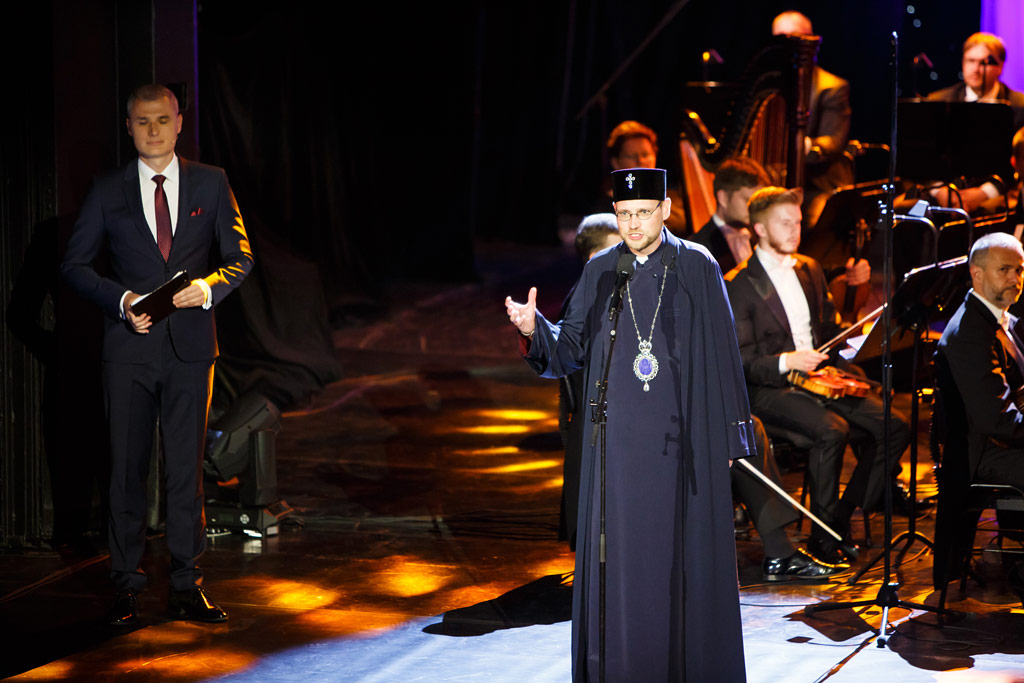 Spiritual reflection was provided by His Eminence The Most Reverend Juraj (George), the Orthodox Archbishop of Michalovce and Kočice and a member of the International Theological Commission for Dialogue between the Catholic and Orthodox Church. 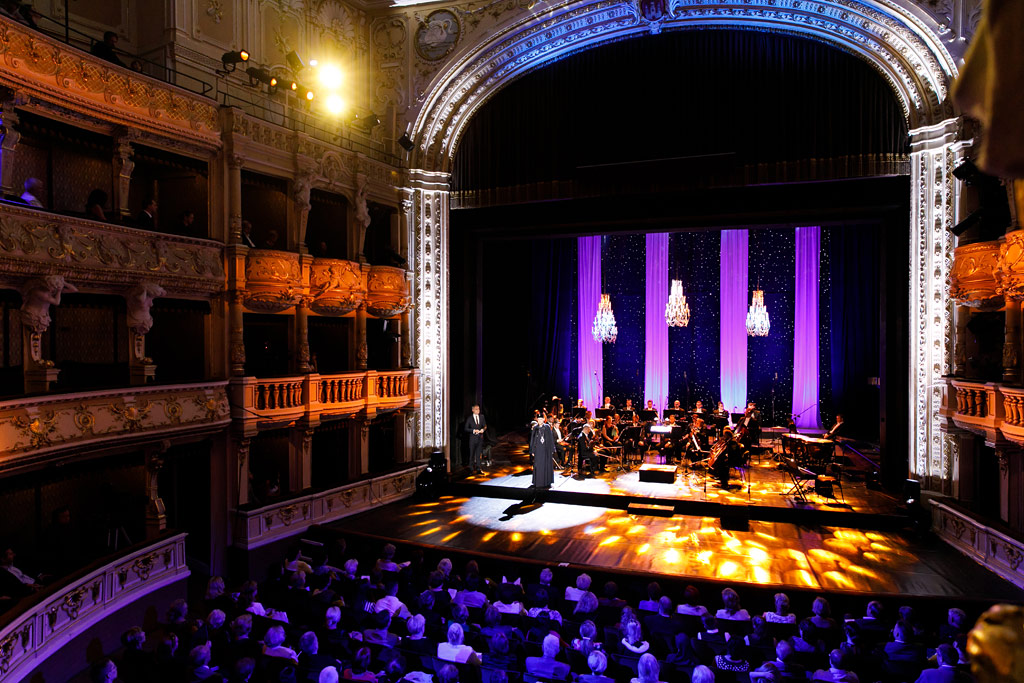 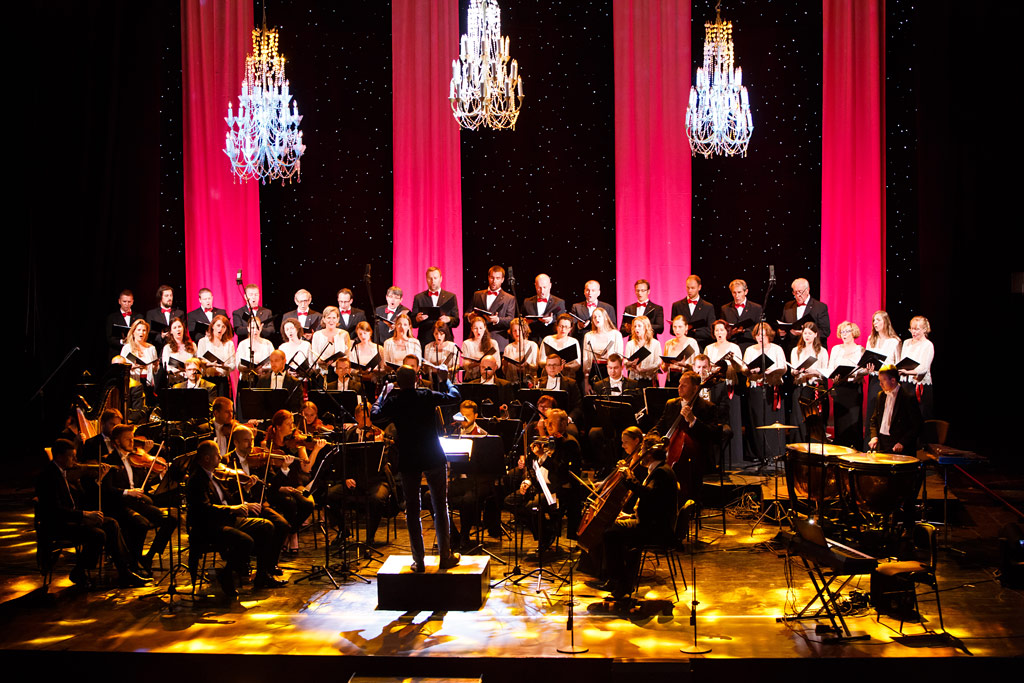 The first artistic guests of the evening were singers from Pezinok church choir Ad Una Corda. The choir has a long tradition, whose roots go back to 1867, the time when the Pezinok Singing Society was founded. 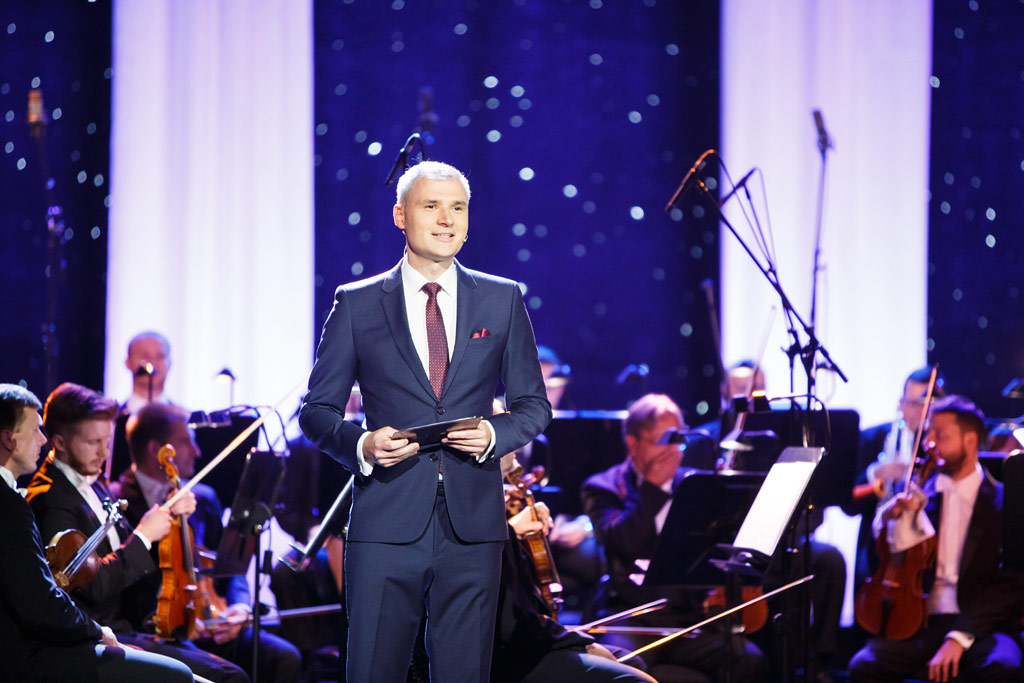 Mr. Ľubomír Bajaník, the winner of the prestigious celebrity poll “The Personality of the TV Screen 2017” in the category of the news reporter, was the moderator also of the ceremony this year. 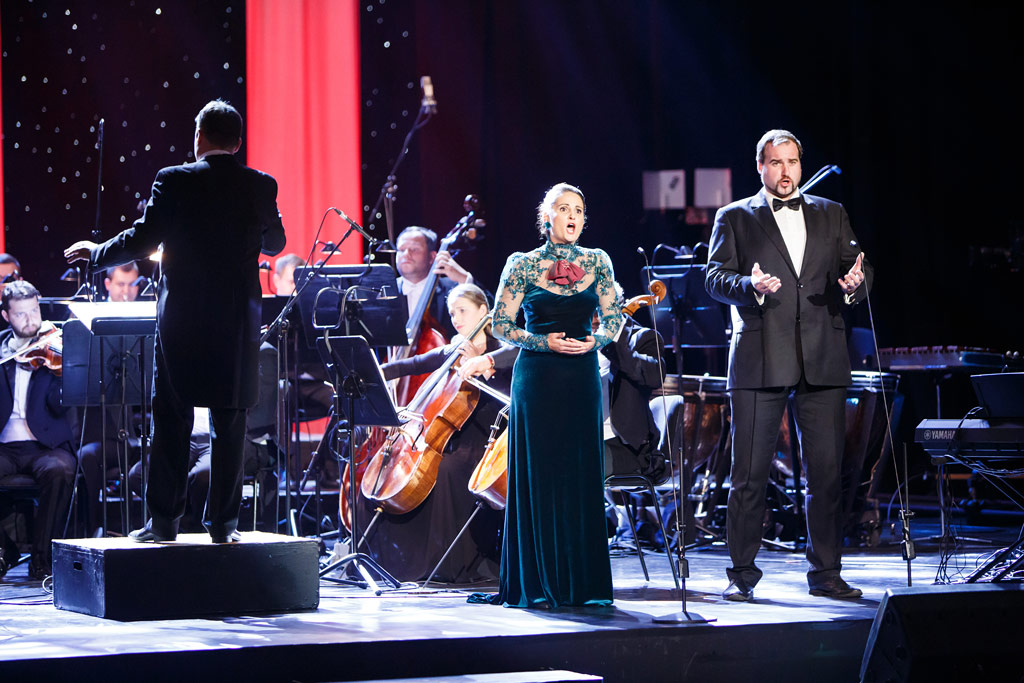 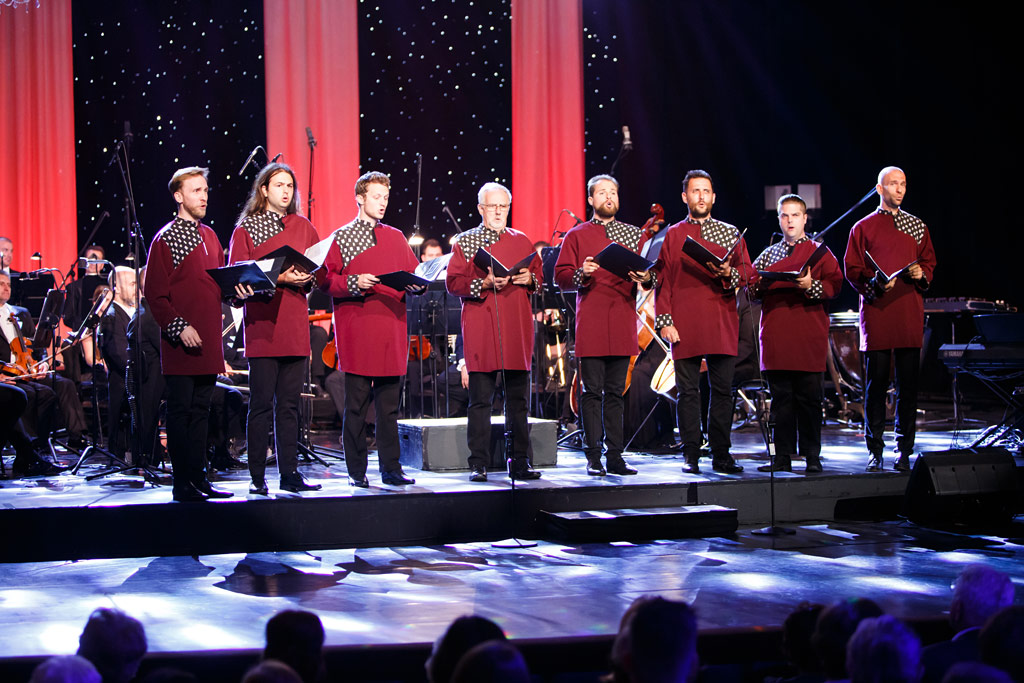 Foreign guests of the evening were excellent St. Efrem of Budapest, whose artistic expression has already taken place in many world metropolises. 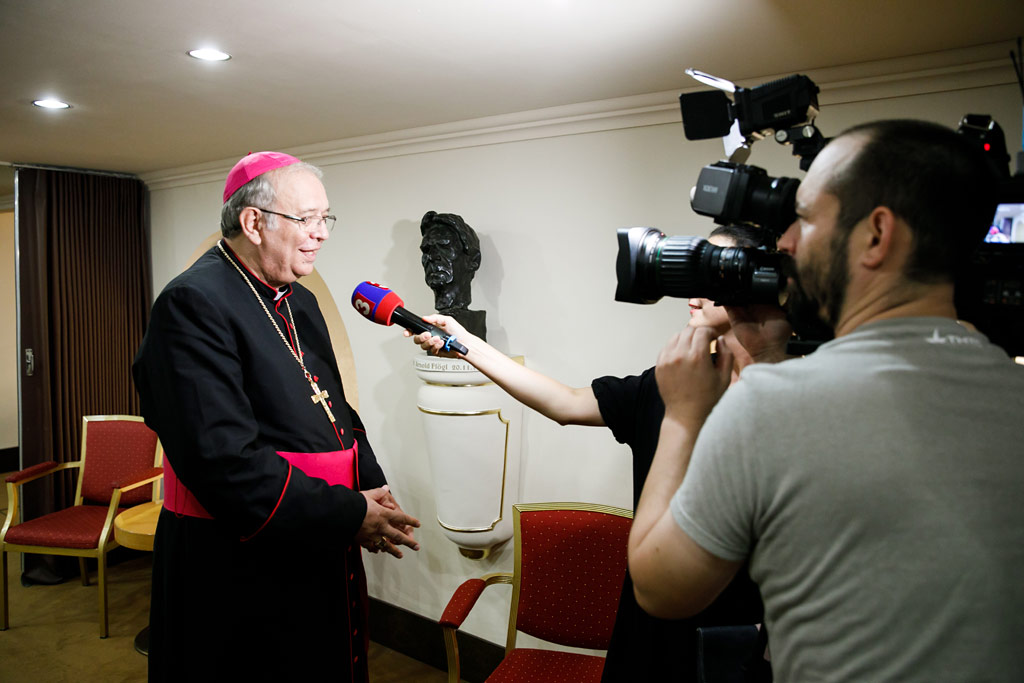 Concert break time is usually a space for media issues. 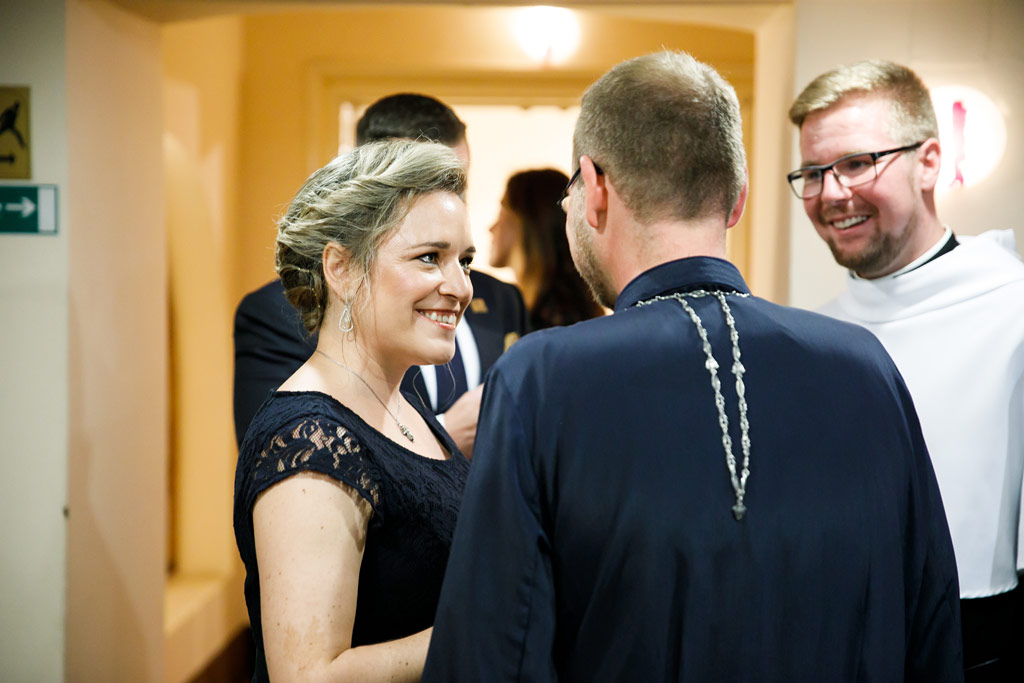 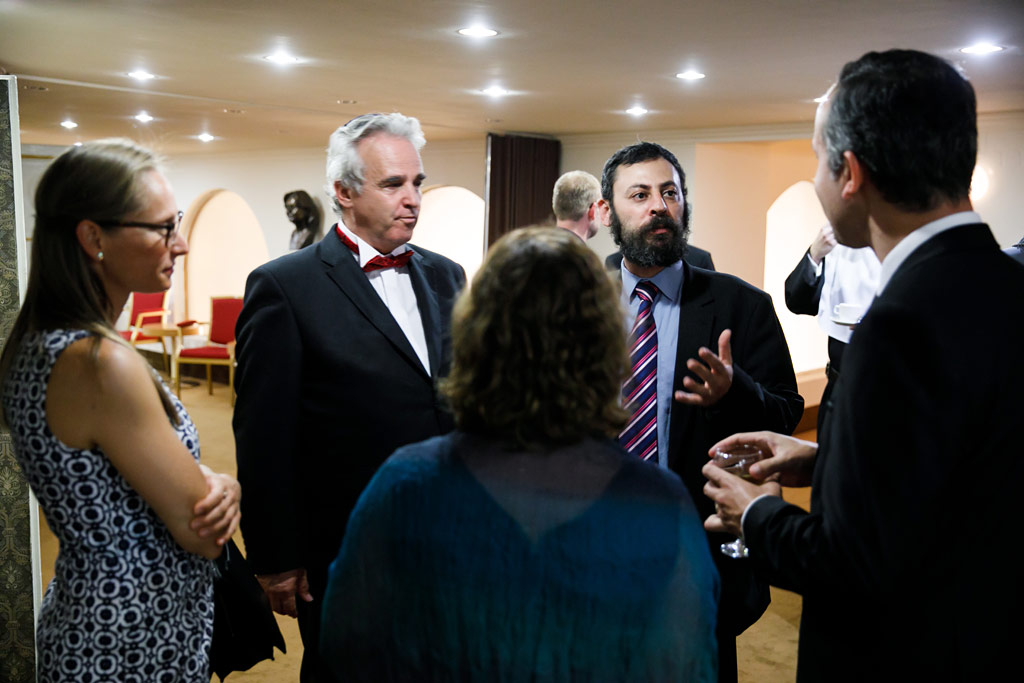 President of the Central Union of the Jewish Religious Communities in Slovakia, Mr. Igor Rintel and Rabbi Misha Kapustin in discussion with the Deputy of the Portugal Ambassador in Slovakia, Mr. Tiago de Sousa and his wife. 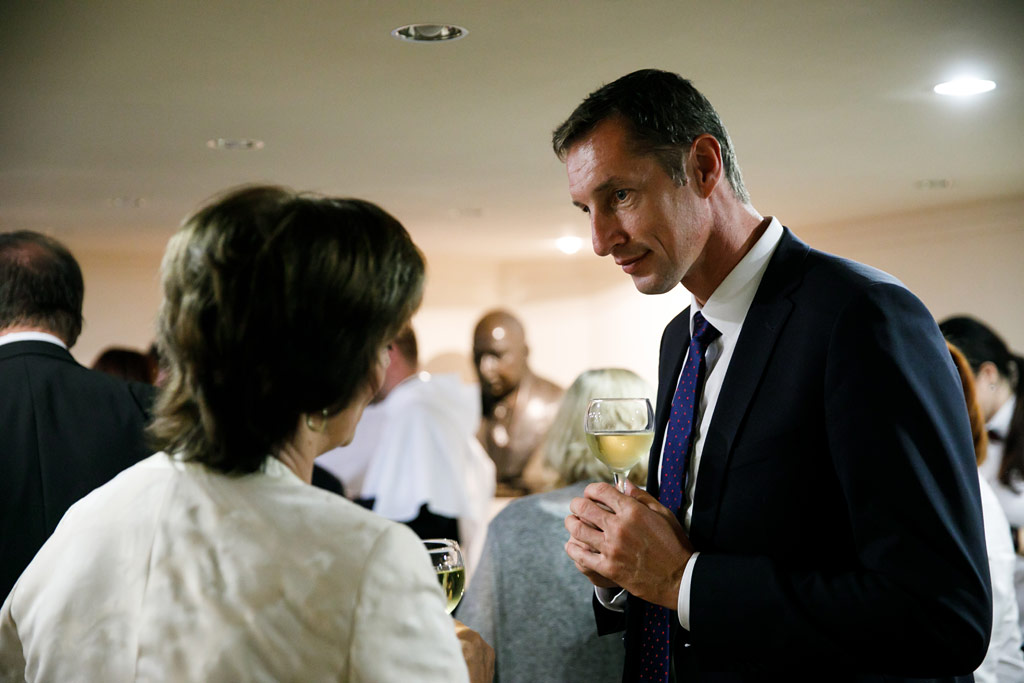 President of the Prešov Self-Governing Region, Mr. Milan Majerský, in discussion with the Director of the Radio and Television of Slovakia – channel Dvojka, Mrs. Marta Gajdošíková. 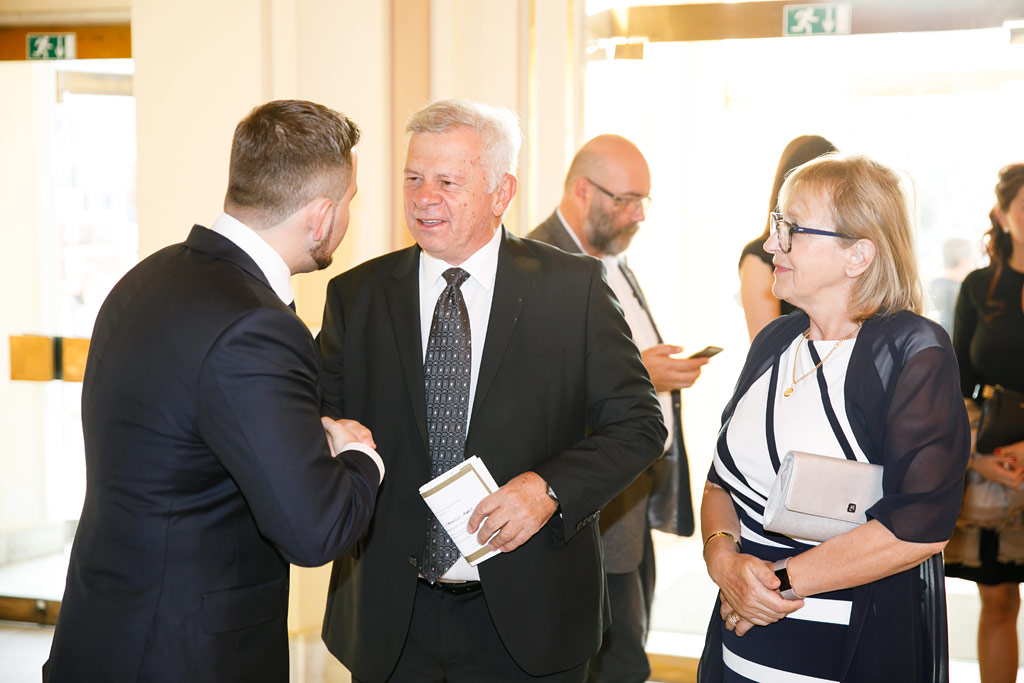 The Ecumenical Concert 2018 was honored also by the Serbian Ambassador in Slovakia, H. E. Mr. Momčilo Babič and his wife. 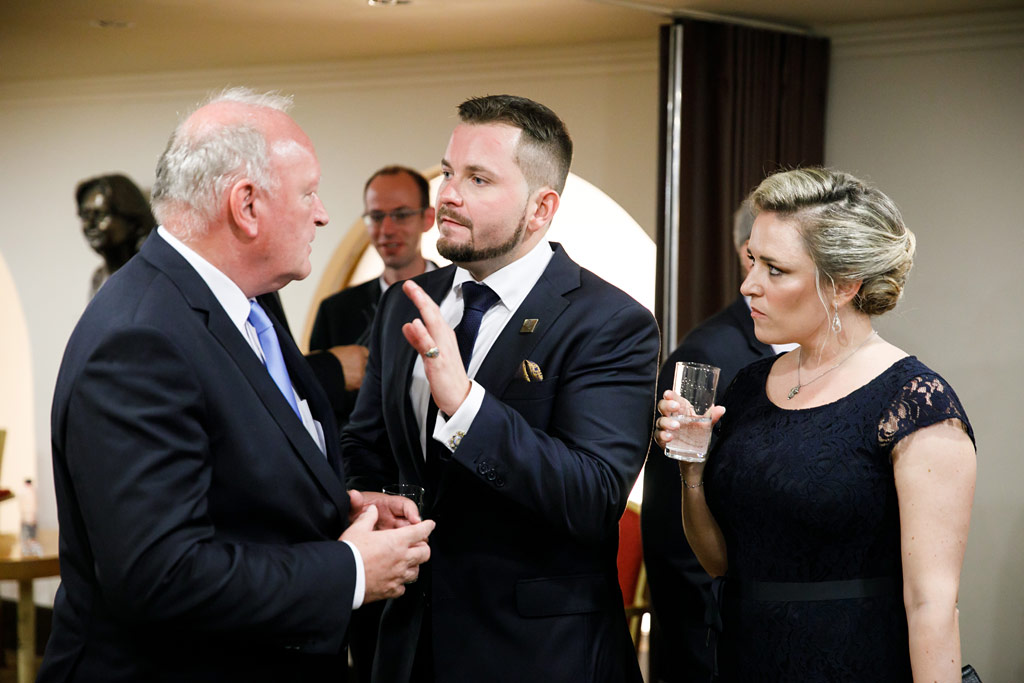 For years NAPS has had excellent relations with the embassy of Slovak southern neighbor. Representatives of NAPS also discussed the current possibilities of cooperation with Mr. Antal Disztl, Counsellor to the Embassy of Hungary in Slovakia. 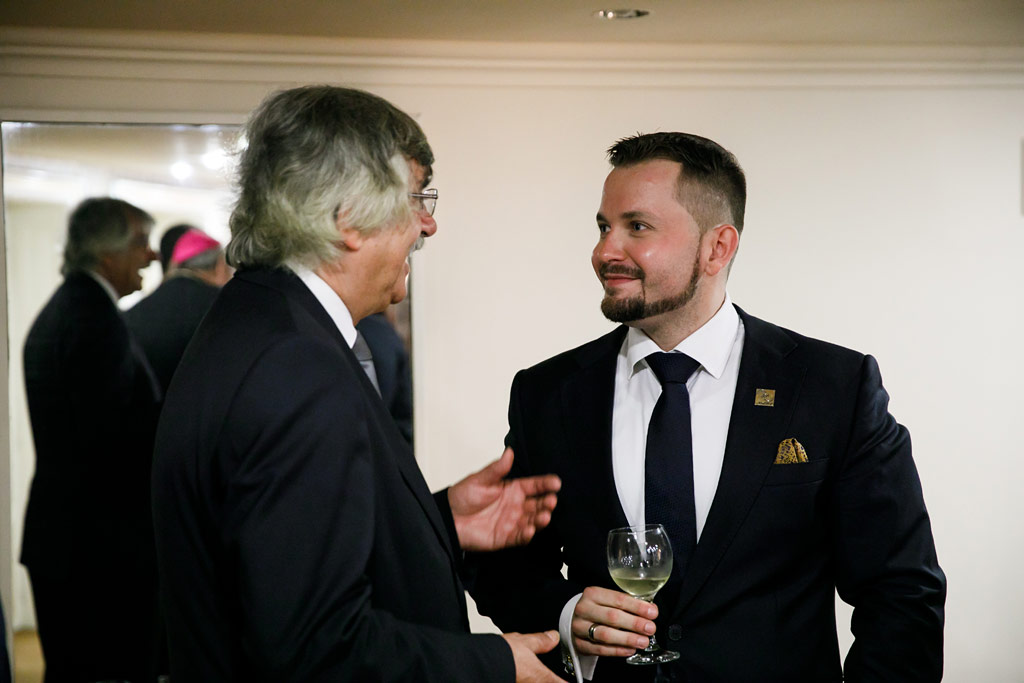 Rector of Comenius University in Bratislava, His Magnificence prof. Karol Mičieta, is also a prominent supporter of the NAPS activities for the long time. 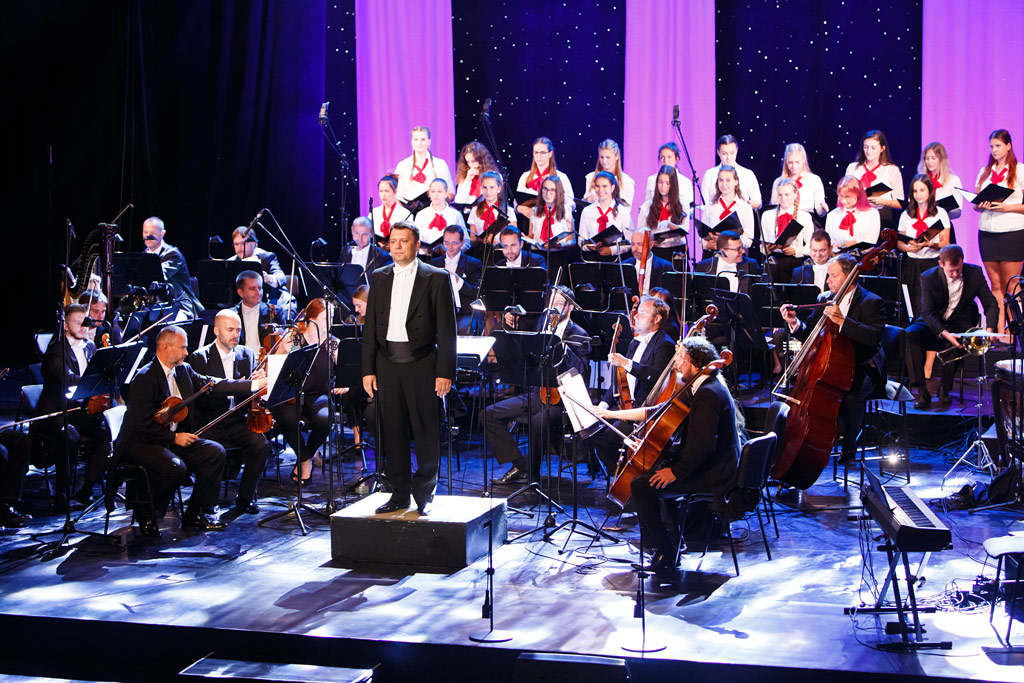 Celebrating the Heavenly Father was also the mission of the Feliciana Girl’s Choir from Bratislava. Twenty-five young singers presented at the Ecumenical Concert the Songs of the Reformed Christian Church. The choir was founded and, since its inception in 2011, is led by Adrián Kokoš, a renowned interpreter and promoter of Slovak vocal – instrumental music, who also conducted the concert of the summer Olympic Games in 2012 in London. 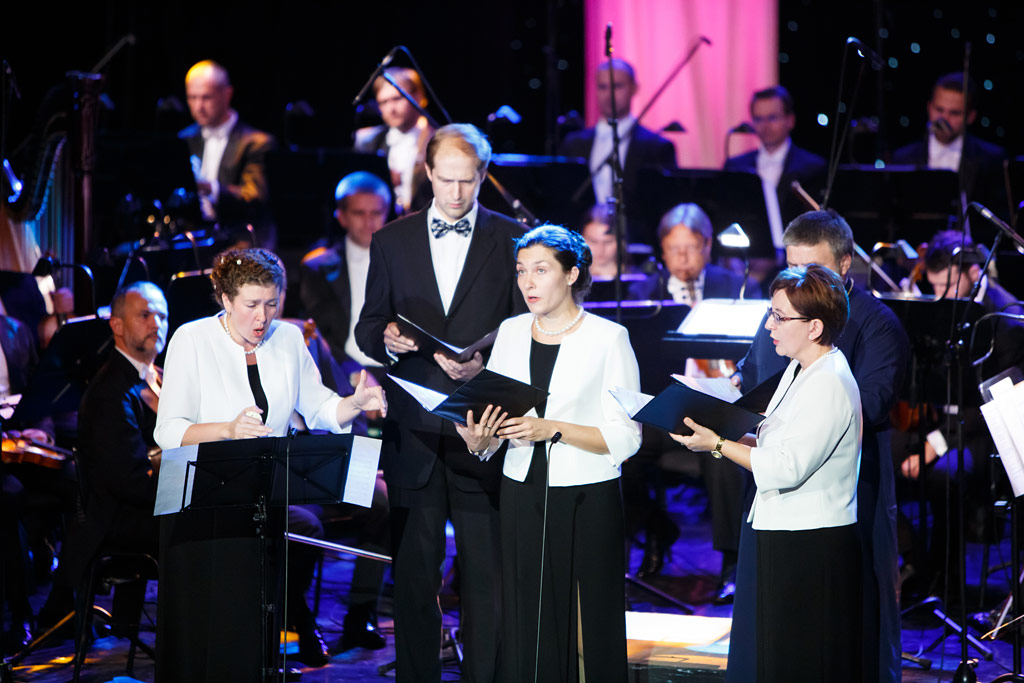 The intense atmosphere of the chants of the Eastern Christians was also created by the members of St. Michael’s Archangel Quintet, who is active in the Orthodox Church in Banská Bystrica and Zvolen. 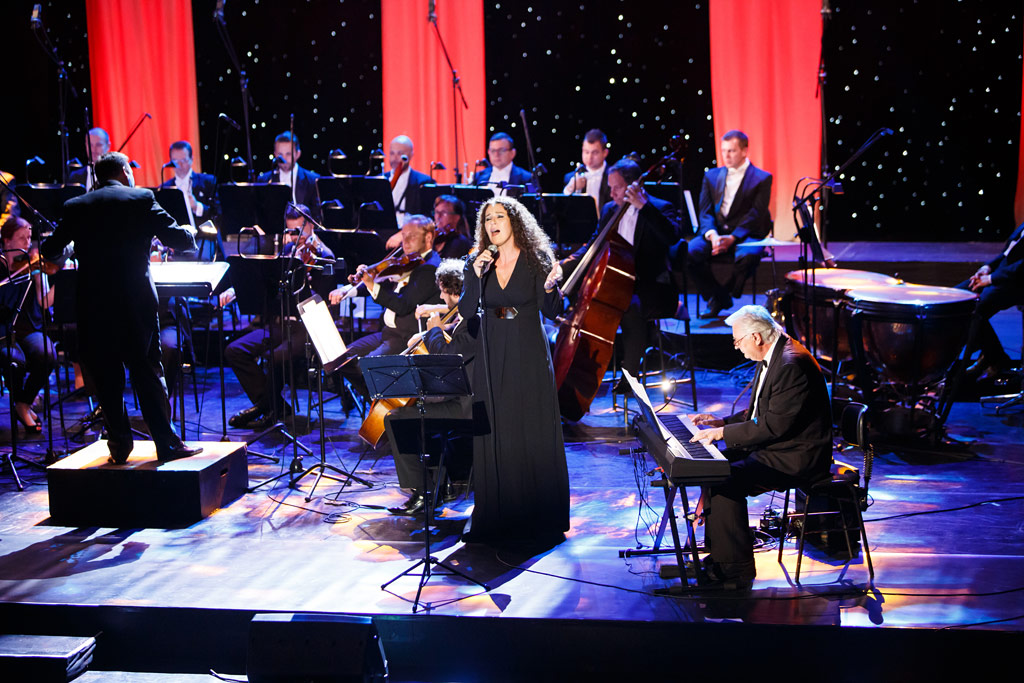 Multi-genre singer Jana Orlická, who sings in 28 languages of the world and jazz bass player, composer and keyboardist Petr Kořínek introduced the hearts present in the atmosphere of the music of the charming Jerusalem and its several thousand years of history. 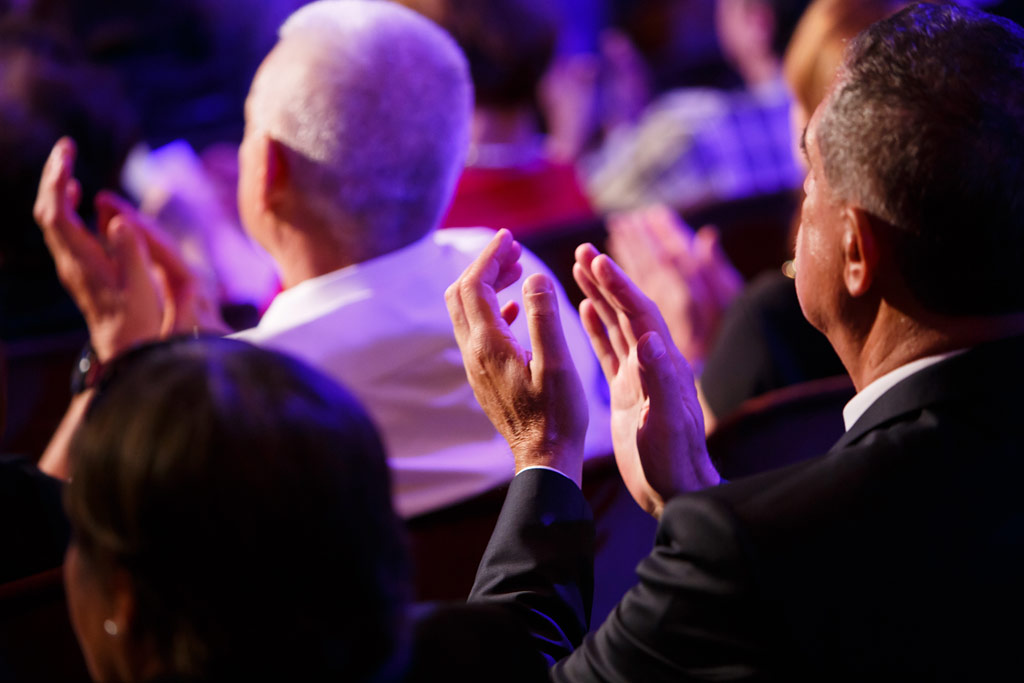 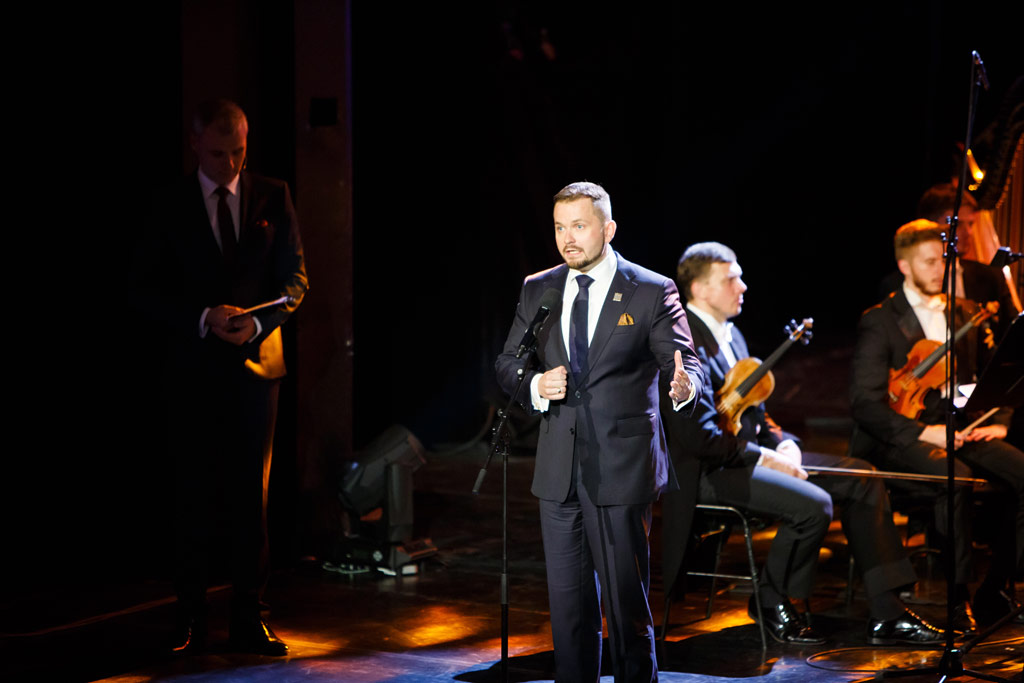 „Our ecumenical concert wants not be just an ordinary evening of nice music. It tries to be a message. Light, which in today’s, many times dark world, illuminate the path of seeking unity, as our Lord desired. In the background of seeking this unity, there is a spirit of mutual respect and sincere friendship between the representatives of several Christian traditions and Jews, our older brothers in faith. Every year of the event we try to prepare to have its own story. This year we also offered prayers and singing to thank for 25 years of our modern statehood,“ said Peter Solej, founder of NAPS – Our Activities for Slovakia. in his address. 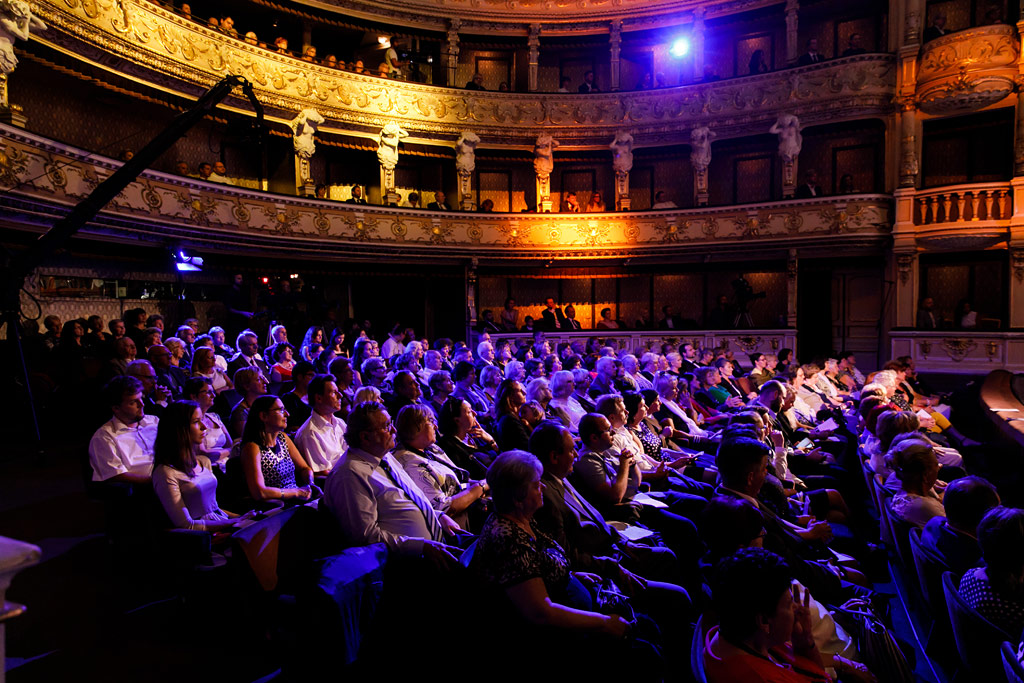 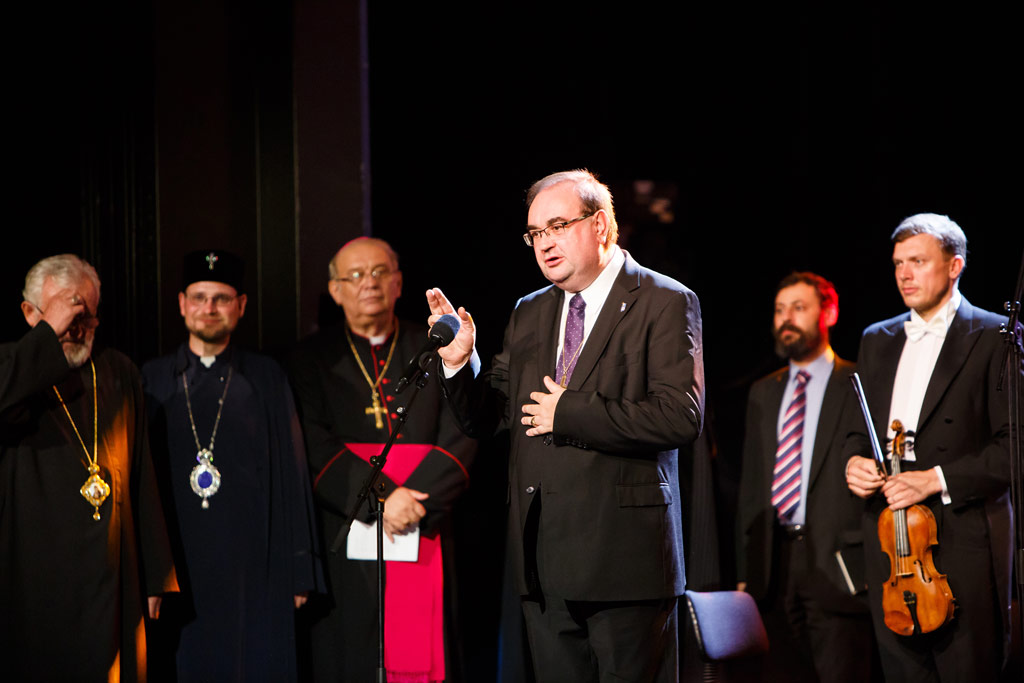 Blessing of the Deputy Bishop General and Bishop of the Western District of the Evangelical Church of the Augsburg Confession, The Honorable Mr. Milan Krivda. 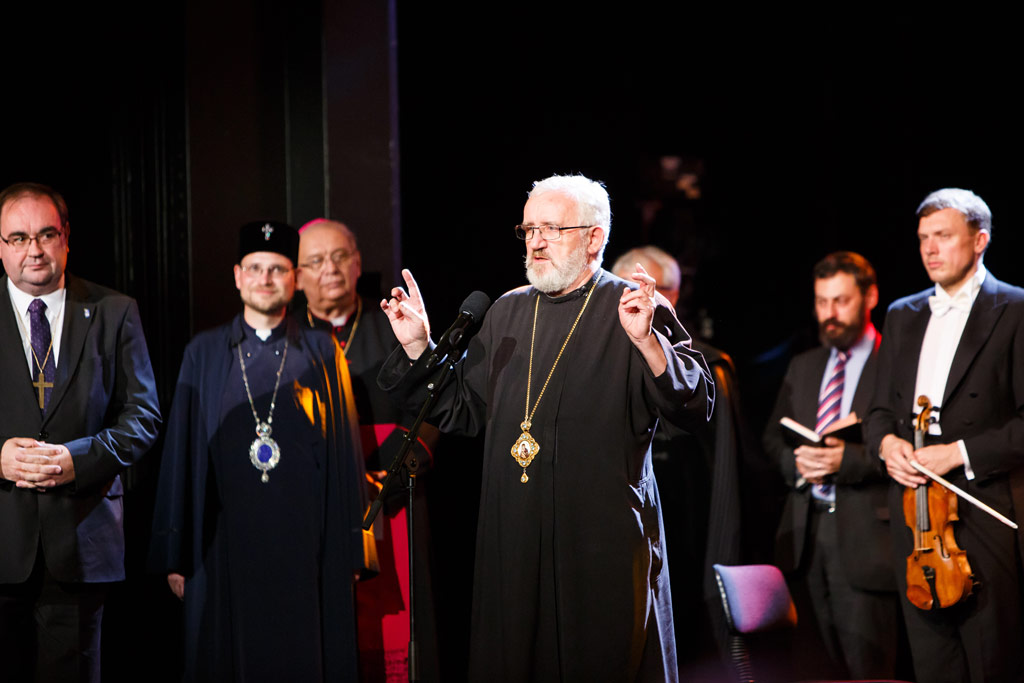 Blessing of His Grace The Right Reverend Peter Rusnák, Greek Catholic Bishop of Bratislava, in the Old Slavic language. 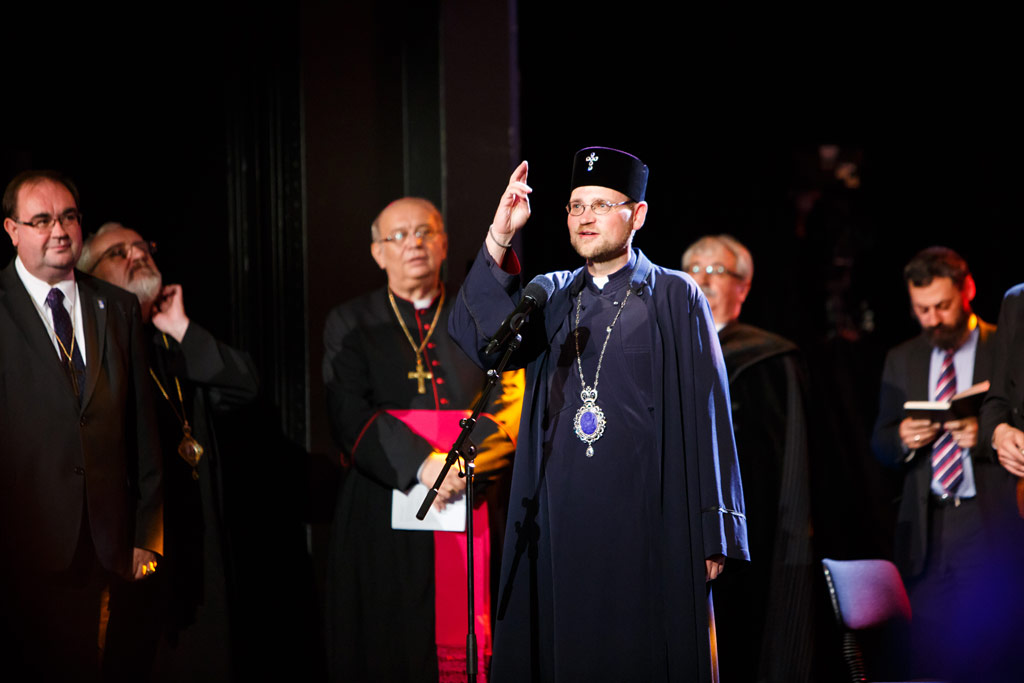 The Orthodox Archbishop of Michalovce and Košice, His Eminence the Most Reverend Juraj (George), gave his blessing in the Czech language. 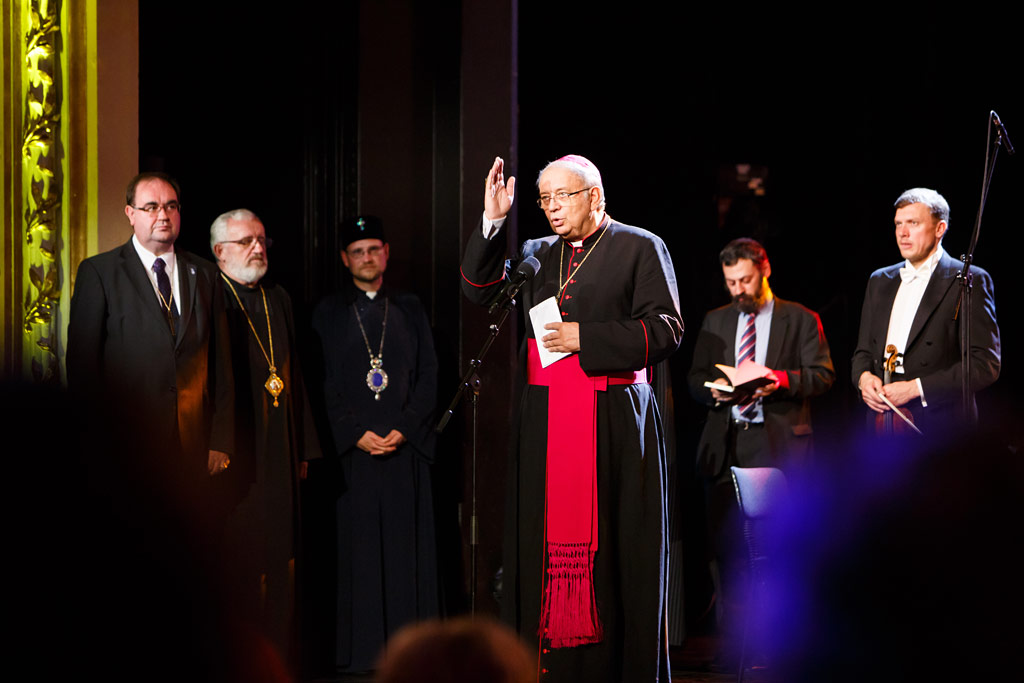 The Chairman of the Board of the Slovak Bishops’ Conference for Ecumenism, HE Archbishop Ján Orosch, presented the blessing granted in the past by Pope Emeritus Benedict XVI within the Week of Prayer for the Unity of the Christians. 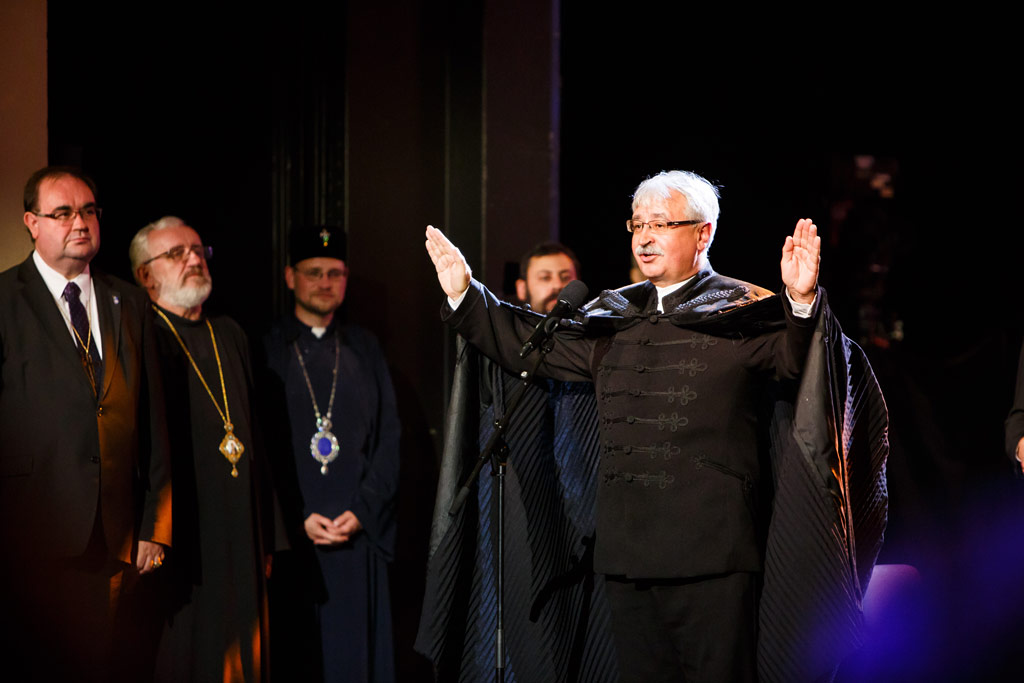 The Very Reverend Róbert Géresi, the Vice-President of the Synod and Deputy Bishop of the Reformed Christian Church in Slovakia, blessed in Hungarian language. 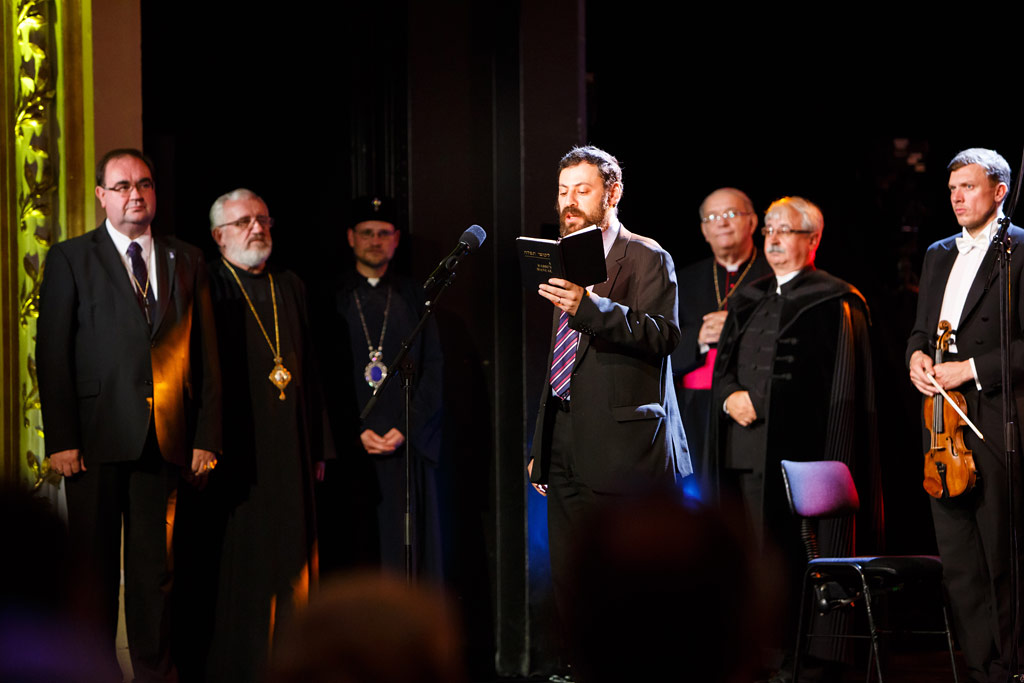 Prayer of the Rabbi of the Central Union of Jewish Religious Communities in Slovakia, The Honorable Misha Kapustin, in the Hebrew language. 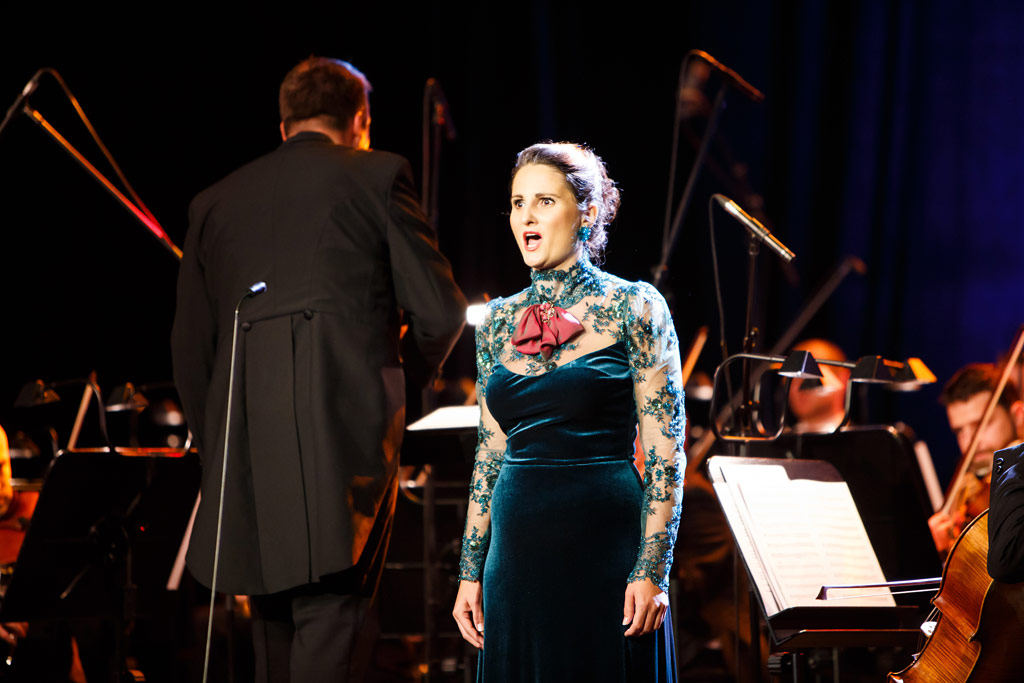 The final of the festive evening was the singing of Halleluia by soloist Marianna Geleneky. 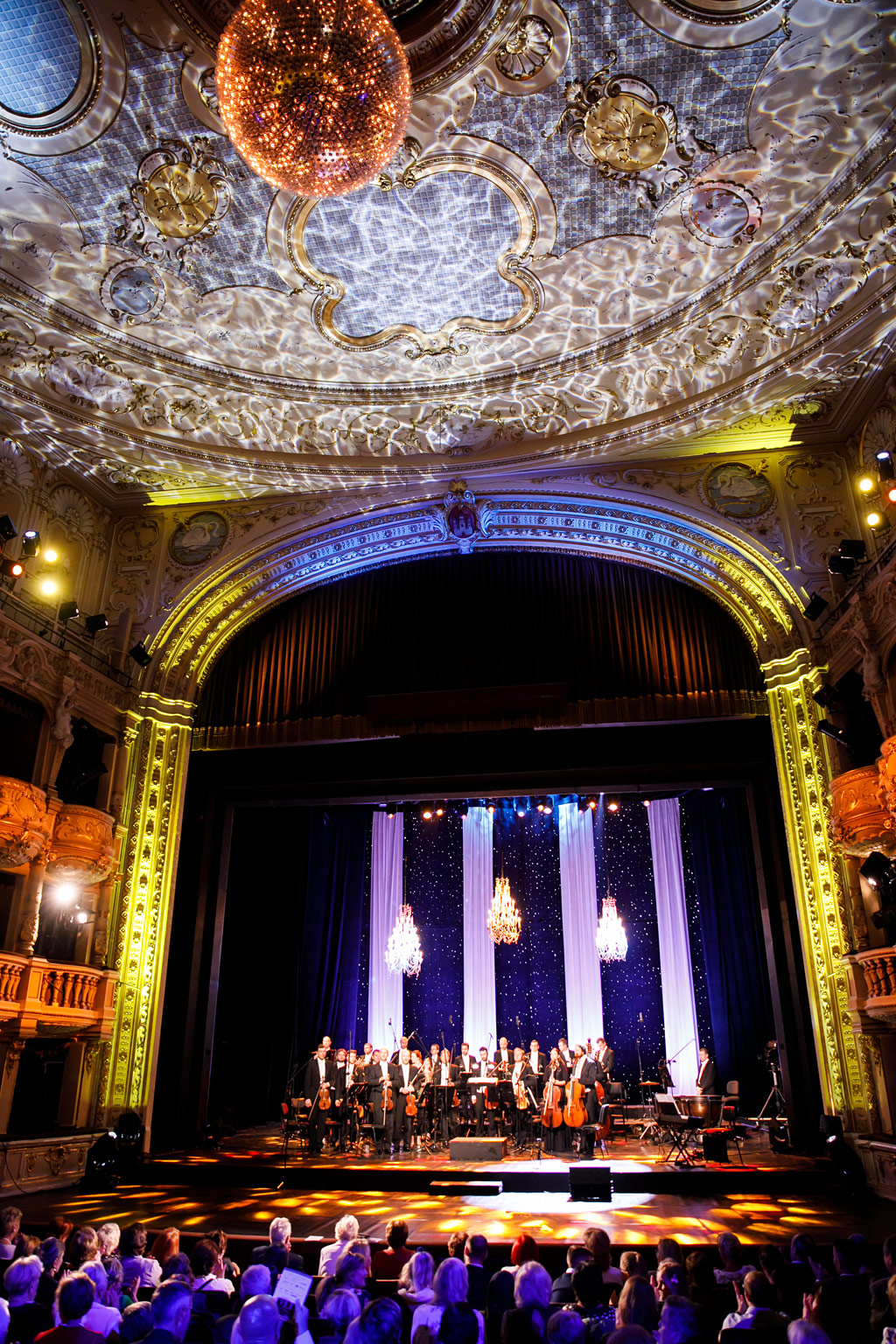 The entire concert was accompanied by the Bratislava Sinfonietta Orchestra under the conducting performannce of Mr. Adrian Kokoš.