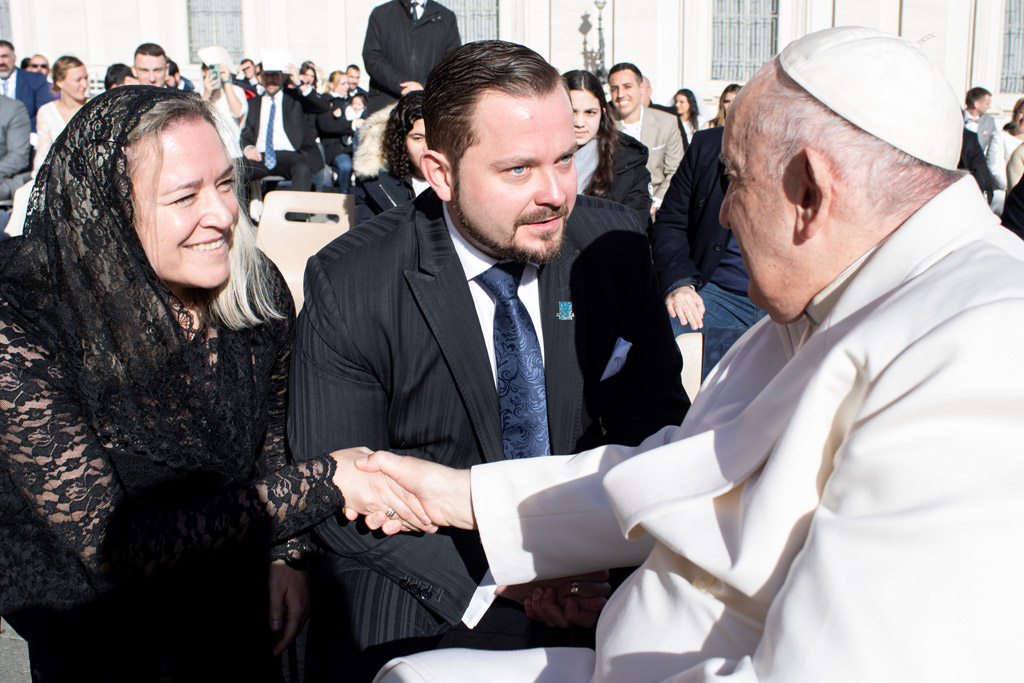 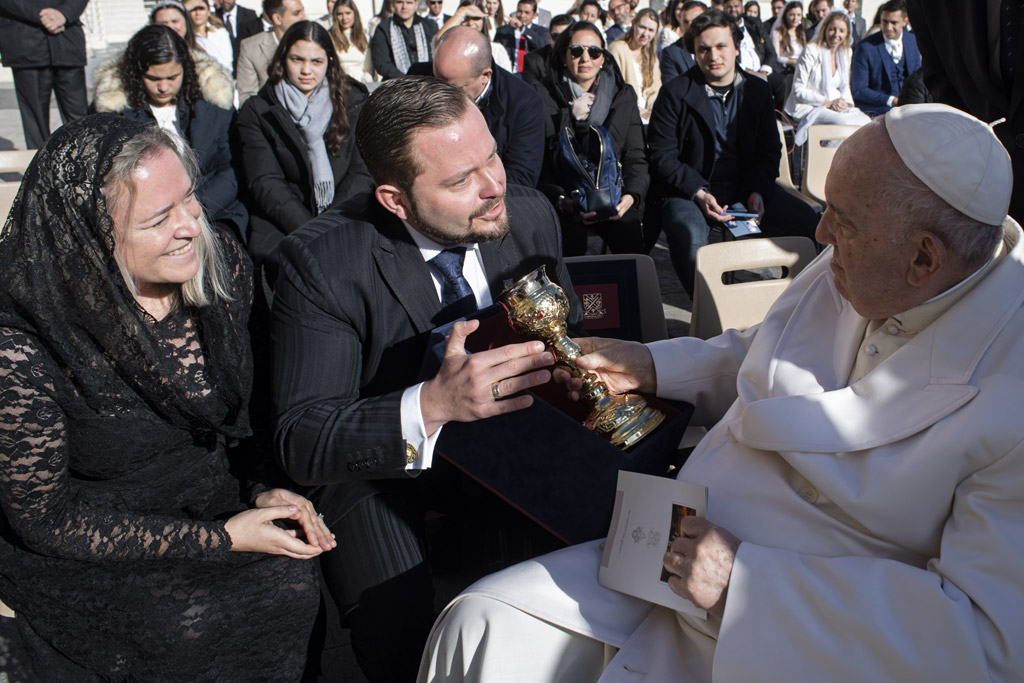 At the beginning of the day, NAPS representatives took part in the General Audience granted by Pope Francis on St. Peter´s Square in the Vatican. At the end of the audience, they personally greeted the Holy Father. “We donated a liturgical chalice to His Holiness and we greatly appreciate that the Holy Father Francis promised us that he will definitely use it during the Eucharistic celebration in his Chapel in the House of St. Martha. We are very grateful that we were able to meet with Pope Francis for the seventh time today, in the year when we commemorate the 10th anniversary of our marriage,” said NAPS founder Peter Solej after the audience. 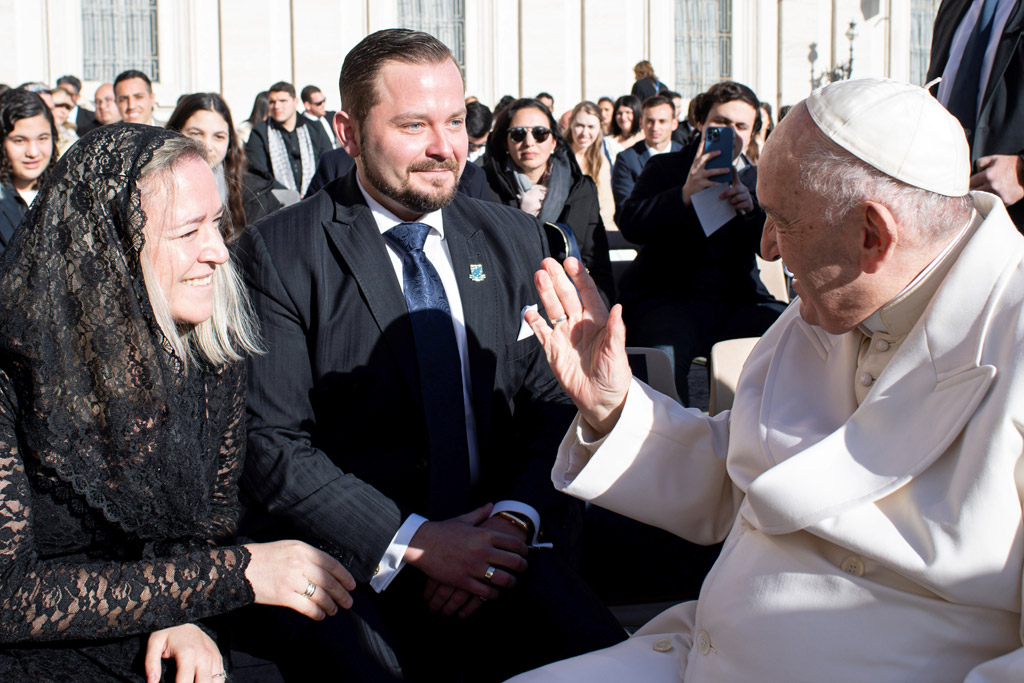 Members of the NAPS Council also visited the Apostolic Palace, where they were received at the State Secretariat by Mons. Daniel Pacho from the Section for Relations with States and International Organizations. 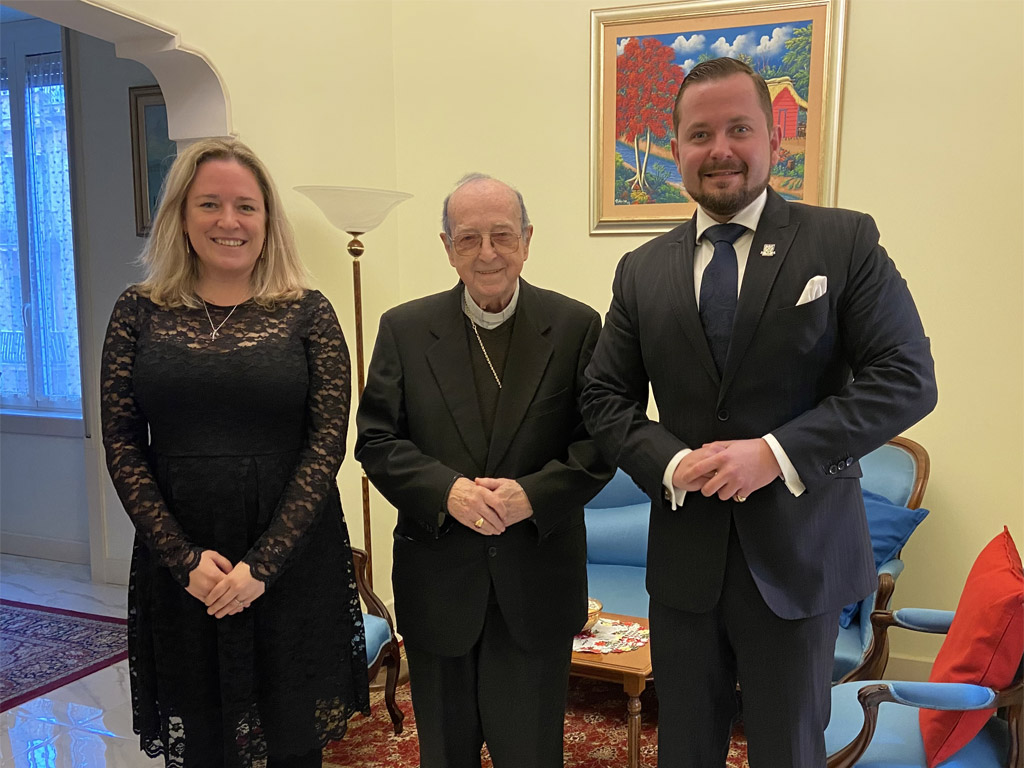 The representatives of the Slovak Institute were also received in a personal audience by the Apostolic Nuncio Emeritus in Slovakia, HE Archbishop Mario Giordana and the Prefect of the Dicastery for the Promoting Christian Unity, HEm Cardinal Kurt Koch. 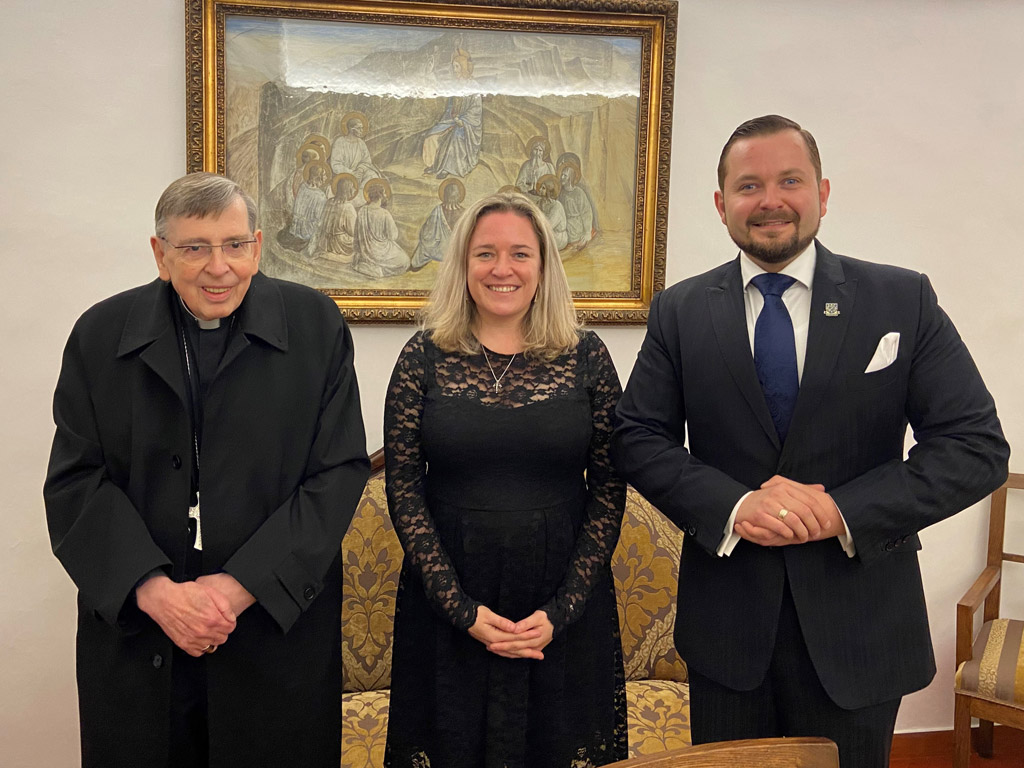 In the evening, they participated in the international ecumenical conference, which was held at the Pontifical University of St. Thomas Aquinas in the presence of His Holiness Mar Awa III, Patriarch – Catholicos of the Assyrian Church of the East and Cardinal Mario Grech, General Secretary of the Synod of Bishops under the patronage of the Synod of Bishops and the Vatican Dicastery for the Promoting of Christian Unity. 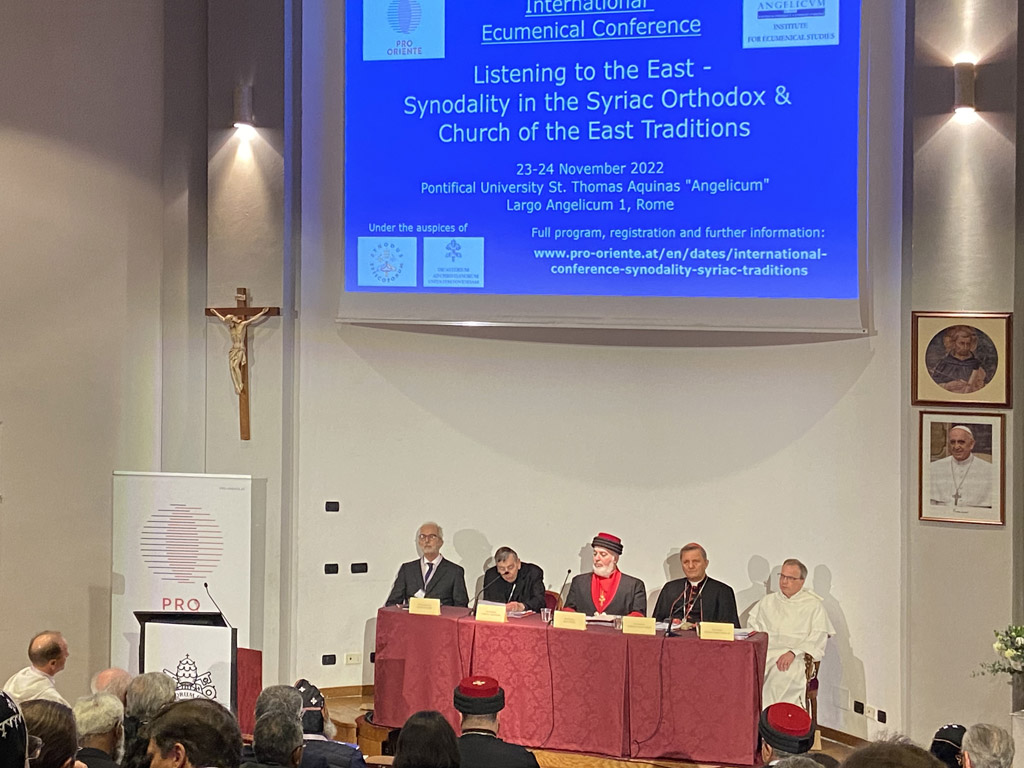